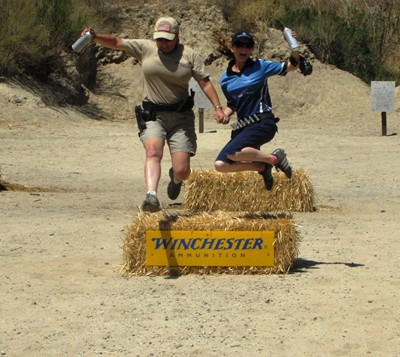 Molly shot the match with her Smith & Wesson Model 627 revolver chambered in .38 caliber. She said this revolver is very special to her because it is the first firearm she ever won, and because she won it in her first major match—in which she came in dead last.

“The gun was the prize for the junior shooter who displayed the best competition spirit,” Molly added.

Molly said the Iron Sighted and Open Revolver divisions at the World Speed Shooting Championships are dominated by male shooters. “So we girls have some work to do, but what a great challenge. Get it—Steel Challenge?”

Molly has won two other major matches so far this season. At the Southwest Regional, she won Top Limited Junior and Second Limited Lady. In the Take 5 match, she won High Lady and Second Junior overall. But Molly pointed out that, while wins are certainly nice to have, winning is not the main reason she loves to compete in action shooting.

“I’m there to have fun, to see my friends and my shooting heroes and put into practice what I have learned since my last match,” she said.

In fact, Molly said that the most fun she’s ever had at a match was at the World Action Pistol Championships in Australia, where she came in third for juniors and fourth for production overall. “I got to pet a koala and an emu, and shoot. I had an absolute blast!”

Molly described the match officials at the recent World Speed Shooting Championships as “awesome” and said that everyone should remember that if not for the volunteer range officers the matches would never happen at all. She has great admiration and respect for all of them. She also praised her squad mates (Mike and Dave from Action Target, with whom she also shot the match last year), and new friends Monique and Maddy, both from Mariposa, CA. 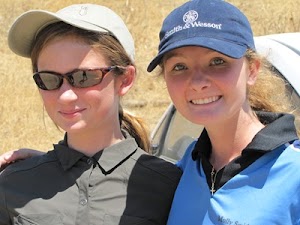 Molly mentioned that women and juniors who are new to the shooting sports should not be discouraged if they don’t come from a “shooting family”—she doesn’t, though many of the other women and juniors with whom she competes have family members who helped them get started. Molly’s father is a shooter because he is a police officer, but he does not compete; and her mother is not a shooter.

“Any junior or woman who isn’t from a shooting family will find one at the range,” Molly said. “You’ll always meet great people who will help you learn and improve your skills. And remember that the pros are always amazing to watch and learn from. Ask them questions—I do!” 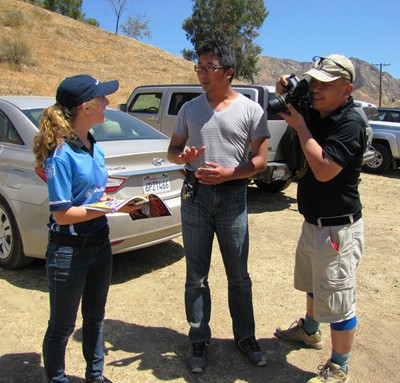 Molly Smith's friends from Japan present her with a Japanese magazine containing a photo of her. Photo courtesy of Molly Smith

Molly said she’s proud of her recent win and very proud to be a member of the “amazing” Team Smith & Wesson, but she loves to compete especially to improve her own skills and to interact with other shooters.

“Besides,” Molly added, “My mother always says ‘the winner is the one with the biggest heart.’ Doesn’t that sound like something a mom would say?”