I am constantly amazed by how quickly I forgive and forget. With few exceptions, I think human beings want to live harmoniously. Unfortunately, given the economy and political unrest, relationships are not often harmonious and the city of  Rockford, Ill., is no different. We have our challenges and at times, it feels like we have had more than our share. Over the past few years, there has been a constant, underlying tension that we can all feel.  Within my community, the past few years our police officers have been the focus of much negativity within the media.  The criticisms have centered on areas such as police wages, pensions, use of force, internal discipline and the community’s overall dissatisfaction with the crime rate.

I got to a point where I quit reading the newspaper and watching the news because I felt the police were disliked. Sound familiar (teachers, firefighters, politicians, NRA, etc.)? Although the negativity was never directed specifically at me, it’s hard to separate myself from many of these sentiments. I internalized these opinions as if it were directed at me because I represent the police department.

Over the past few years my career has been an emotional rollercoaster.  There have been many times I just wanted to get off – I had times where my job was no longer fun, nor fulfilling. It was downright terrifying. What has always kept me in my profession and with the city of Rockford is the absolute sense of unconditional love, loyalty, pride, duty and commitment I feel toward the job I do, the people I serve, and to my employer. I don’t deny that I enjoy the daily adrenaline rushes, working within a diverse community (which allows me to use my language skills), that I love my coworkers, and that I have been afforded many opportunities in my career, as some of the main reasons I endure the hard times.  I think the best way to describe my feelings toward my job is that it’s sort of like marriage — for better and for worse, for richer and for poorer, in good times and in bad.

Lately it seems like it has been on the negative side of those vows, so when I was told I was being given a proclamation by the Mayor, I was confused … the words didn’t register.

I was honored by the city of Rockford on September 12, 2011, at the City Council meeting. I was given a proclamation by the Mayor, which proclaimed the week of September 12th, 2011, as Sara Ahrens’ week. 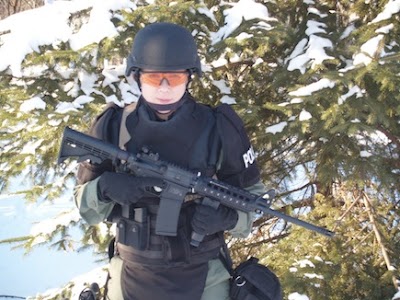 When the Mayor read the proclamation, I admit that I felt uneasy.  It seemed awkward to be in front of that group of people (the ones that run my city) with someone standing next to me reading my accomplishments out loud. When the Mayor finished reading the proclamation the room, which was filled with about two-dozen city leaders and attendees, began to applaud me.  They gave me a standing ovation that seemed to last longer than what a polite standing ovation lasts.  As I scanned those in attendance, I could see expressions of happiness, support and gratitude… and they were genuine! That took me by complete surprise.

I had not expected any recognition from the city. Recognition is something I think we struggle with as a city, and as a supervisor, I am guilty of not giving enough recognition. We often don’t do it at the right times or for the right incidents.  Many times, if we give recognition, it occurs very late. When recognition comes too late, it can be worse than not being recognized at all and people become suspicious at the motives. I know in my career, I have often been perplexed by the reasons for recognition I have received. I have had moments that deserved recognition where I got none, and times where I got recognized and wondered why. For me, this proclamation was at the right time and for the right reason and that combination is rare. 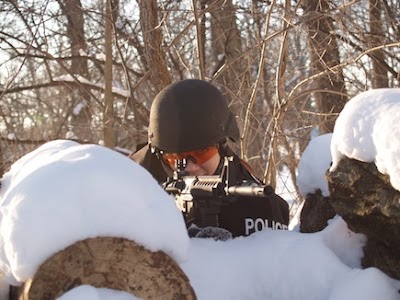 The standing ovation had a profound emotional impact on me. I had walked into the city council chambers with a few kind remarks prepared. When the proclamation went beyond Top Shot and listed my other accomplishments, which I spent a lifetime to achieve, I was speechless.

All of the sudden, the proclamation felt more like a lifetime achievement award as opposed to recognition for some lucky situation that was bestowed upon me. I stumbled for words and I fell short of expressing my gratitude. I owe a lot of “thanks” to my agency for giving me opportunities, which I am certain had a direct impact on my selection for Top Shot.

I wanted to use this blog to express my gratitude for the proclamation since I messed it up in person. I also wanted to have a chance to reflect upon it so I could understand my own feelings. My wish is that everyone has one moment in their career where they feel appreciated and recognized. That short moment almost instantly healed some very deep wounds for me, and I am sure it would have a similar effect on others. For the first time in a long time, I realized that I was appreciated. That moment was an epiphany for me.

I think that as a community and as a country we can heal and move forward if we do a better job at valuing our people (not through monetary means) through sincere and timely appreciation and recognition. Kumbaya!