Tori Nonaka: Greece is the time, is the place, is the motion

On October 3, 2011, the top shooters from around the globe met in Rhodes, Greece, to commence competition in the IPSC World Shoot XVI. This event takes place once every three years and is considered to be the Olympics of practical shooting. The best shooters from around the world joined to compete at both the team level and individual level while representing their home countries. The shoot itself consisted of six days of competition, five of which were shooting days, the other being an open day. 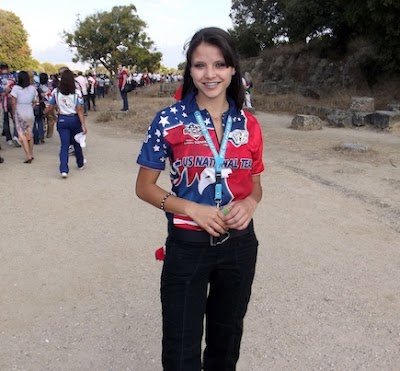 One of the women chosen to represent Team USA was 16-year-old Tori Nonaka. As a member of the prestigious GLOCK shooting team and regular on the USPSA circuit, Nonaka is no stranger to the pressures of competitive shooting; yet, this was her first experience being on a world stage.

As the youngest female representative of Team USA, Nonaka originally felt a bit out of her comfort zone. “At first I was psyched out because of my lack of experience compared to the other women.  I even felt like maybe I didn’t belong. Once the competition started, though, I just reminded myself that it is just shooting, something I do all of the time.” 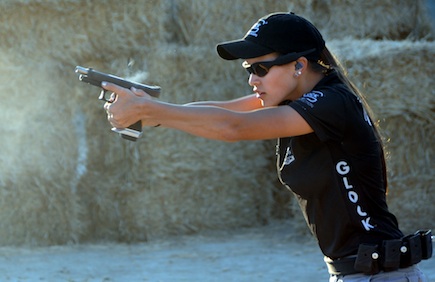 Tori Nonaka in classic black of the Glock shooting team, shoots another stage at the World Shoot in Greece. Photo by Aaron Nonaka.

Nonaka had been selected to shoot in the Ladies Standard Division, the international equivalent of the USPSA Limited Division, along with her GLOCK teammate Randi Rogers, two-time USPSA Limited National Champion Lisa Munson and Carina Burns Randolph. 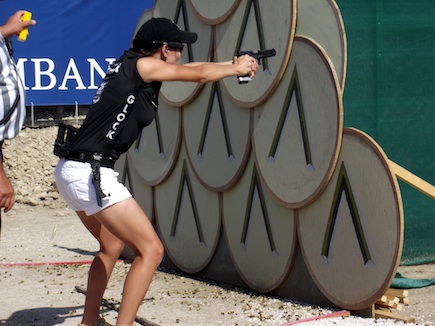 Tori Nonaka shoots another stage. She said the results were never posted during the match. Photo by Aaron Nonaka.

Throughout the competition, Nonaka felt that her performance was somewhat inconsistent.  “I struggled on the weak hand stage. The marathon stage, however, was by far my best. It was basically a zig zag run through four different stations. Not only was it a lot of fun, but it was really exciting to know that I had performed so well,” Nonaka said. 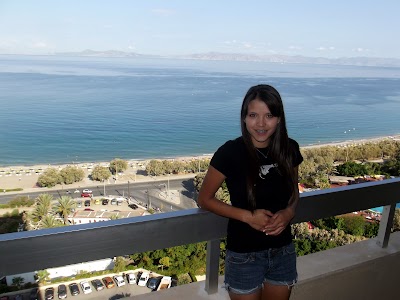 In her downtime, Nonaka made sure to experience Greek culture on her first international trip. One of her favorite spots was the Old City of Rodos, where she and her father did some shopping and visited the local theater.  “We tried to see the entire island on my day off.  The beaches were absolutely beautiful; the Aegean Sea has crystal clear water and rocky coasts,” Nonaka said.

The only downside Nonaka found in Greece was the food.  “I just could not get used to how different everything tasted there. The pizza, the Chinese food, none of it tasted like what I was used to.  There was one thing I loved though, the gelato.  I ate cookies and cream gelato everyday,” Nonaka said. 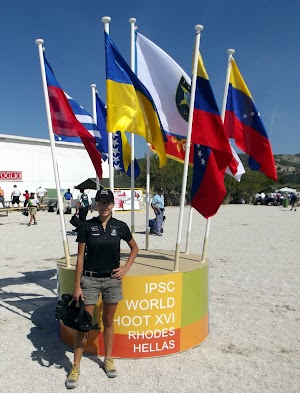 Besides the culture, Nonaka also took the opportunity to get to know many of the international shooters and learn about what competitive shooting is like in other countries. “There were a lot of people there whom I have talked with on Facebook or read about; it was great to actually meet them in person,” said Nonaka.

During the competition, scores were never posted, so Nonaka had no idea where she stood among the contenders. “When the match was over, I thought I hadn’t done that well. I thought Lisa Munson and Randi Rogers had put up the best scores, so when they called my name for second, I was in total shock!” Nonaka said.

The ladies of Team USA swept the medals in the standard division; not only did Nonaka get to take home her individual silver medal, but she also was able to accept the gold with her three teammates. “This was absolutely one of the highlights of my shooting career. I never thought I would place second at my first world shoot. It still amazes me to say it,” Nonaka said.

The World Shoot XVII will be held in 2014 in Florida, something that Nonaka is already thinking about. “I know what areas I need to focus on and where I need to improve. While it was really great that USPSA and GLOCK gave me the opportunity to travel to Greece with my dad, having the World Shoot in the United States is something I am really looking forward to,” Nonaka said. 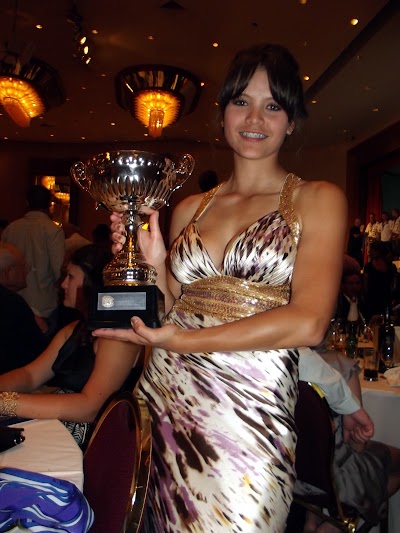 Second place! Tori Nonaka was shocked to learn that she placed second in the Ladies Standard Division. Photo by Aaron Nonaka.