In her new capacity as Regional Director, Weber will oversee Service activities in the 13-state Northeast Region, which ranges from Maine to Virginia. From the regional office in Hadley, Mass,  she will lead more than 900 Service employees working in more than 130 field offices across a region ranging from Aroostook National Wildlife Refuge in northern Maine to the Southwestern Virginia Field Office in Abingdon. 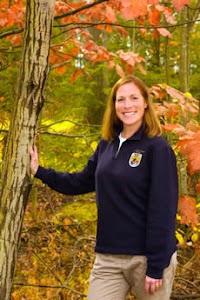 “Wendi Weber is a dynamic and passionate leader who has continually proven her ability to work with others to achieve great things for conservation. She’s a tremendous asset to the Service, and I look forward to having her on our leadership team,” said Ashe.

As Deputy Regional Director, Weber oversaw the day-to-day operations of the region, coordinating and directing activities to ensure compliance with legal, regulatory, and Departmental policies. She also advised and consulted with members of Congress, the Office of Management and Budget, the Office of the Secretary, and other Federal and State agencies and Departmental Bureaus on matters pertaining to Service programs.

Weber is a national leader in the Service’s effort to create a more diverse workforce.  She also leads a national team of more than 100 government, non-profit, and academic partners responding to white-nose syndrome, a disease that has killed more than a million bats since it was first documented in New York in 2006.

Prior to coming to the Northeast Region, Weber served as Assistant Regional Director for Ecological Services in the Service’s Midwest Region in Minneapolis from 2004 to 2007. In that capacity, she managed that region’s programs for endangered species, the national wetlands inventory, environmental contaminants, natural resource damage assessment, coastal conservation and review of federal projects. She managed multimillion-dollar budgets for programs that were subject to rapidly changing initiatives and shifting priorities.

From 2002 to 2004, Weber served as Chief of Endangered Species in the Service’s Northwest Region, based in Portland, Ore. She also worked for the Service’s endangered species and international affairs programs in Washington, D.C., for three years.

Prior to joining the Service in 1998, Weber worked for the states of Florida and Georgia as a field biologist. She lives in Hadley with her husband Jon and sons, Bailey, 14, and Clayton, 12.

The mission of the U.S. Fish and Wildlife Service is working with others to conserve, protect, and enhance fish, wildlife, plants, and their habitats for the continuing benefit of the American people. We are both a leader and trusted partner in fish and wildlife conservation, known for our scientific excellence, stewardship of lands and natural resources, dedicated professionals, and commitment to public service. For more information on our work and the people who make it happen, visit www.fws.gov. Connect with our Facebook page at www.facebook.com/usfws, follow our tweets at www.twitter.com/usfwshq, watch our YouTube Channel at http://www.youtube.com/usfws and download photos from our Flickr page at http://www.flickr.com/photos/usfwshq.