Babbs in the Woods: Lindsay McCrum talks about ‘Chicks with Guns’

Back in October, I received a complimentary copy of the book Chicks with Guns. Inside the package, a handwritten note from the author, Lindsay McCrum, graciously invited me to read the book with a hope that I would enjoy it. Impressive.

Later, after reading the book (also impressive because it is so real), reading numerous interviews and reviews of Lindsay and her book and listening to several radio interviews – including NPR and Gun Talk – I talked with Lindsay a few times on the phone.

Lindsay McCrum is a fine art photographer residing in New York City and California. Ms. McCrum received her undergraduate degree from Yale University and her Masters of Fine Arts from the San Francisco Art Institute. Trained as a painter in oils, she switched exclusively to portrait photography in 2003. Her photographic projects include 25/50, an exploration of aging in the faces of men; Superheroes and Commandos, a study of boys, costumes and popular culture; and Dress Up, an examination of young girls and the shaping of contemporary notions of fashion and beauty. These series and other work have been exhibited in galleries in the U.S. and Europe. 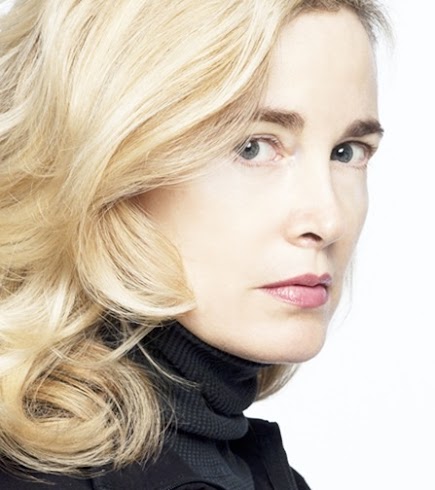 We clicked. We connected. You will soon be seeing Lindsay’s contributions as a Shoot to Thrill contributor here at Women’s Outdoor News. We know that she will bring her background in portraiture to her photography tips and that we all will be the richer for that experience. We can hardly wait.

Until then, you may get to know her a little better – the woman behind the Chicks and Guns concept – through this Q&A:

Babbs:  Chicks with Guns … why the word “chicks?”

LM: The title of the book evolved over time. Since I’m a fine art photographer, my original intent was to take twelve to twenty photographs for an exhibition.  Initially ‘Chicks with Guns’ was just an offhand, shorthand name for the series. Surprisingly it was the women I photographed who loved the working title. Even when the project expanded and became a book, I never expected or planned for the working title to stick.  In 2010 when the book was being pitched to publishers, there was a buzz – according to my agent – about the project, so the title became attached to the book.

Babbs: Did you have certain expectations going into this project? And … were they met or were they not met?

LM: Because I never had any involvement with firearms prior to photographing the book I didn’t really know what to expect when I started the project. What I learned from the book, is there’s an extraordinary breadth and diversity of women who own guns in the US and the role that guns play in their lives is complex and varied.

Babbs: You mentioned in a phone conversation earlier, that you tell your friends that if they want to meet some incredibly grounded, self-assured women, they need to connect with women who shoot! Please will you explain some of the qualities you find among women shooting enthusiasts?

LM: I found the women in the book to be an impressive group.  Whether they were competitive shooters, hunters, collectors or had firearms for self-defense, they were focused, responsible and self assured.  I was also struck by how accomplished and capable they all were.

Babbs: You have also stressed that this book is not political. We all know that guns and in particular, the weaker sex and guns, can tend to be a little on the, uh, explosive side. How do you keep the topic from getting political?

LM: In order to get the talent, I made it clear from the outset there was no political or ideological agenda with this body of work. Since the book doesn’t advocate or represent any particular ideology, my approach to the text was more biographical. I was only interested in each woman’s individual story and the role guns played in their lives.

LM: The youngest girl I photographed for the book was eight at the time and the eldest was eighty-five.

Babbs: What about the women who didn’t make the cut for the book? I know it was stated at photo sessions that they might not be included, but any blowback from them?

Babbs: Were most of the settings in the book of your choice, or did the women suggest … hey, let’s take this shot in my bedroom or in a field somewhere?

LM: Most of the photographs and photo shoots were a collaboration with the women. I welcomed their ideas and suggestions.

We welcome Lindsay to The Women’s Outdoor News, and we know that you, our readers, will enjoy her contributions and learn from them. Also, hopefully, you’ll get to know the woman behind the camera better, because she is a force to be reckoned with, a go-getter with class and charisma.

For more information about Chicks with Guns, visit McCrum’s website.