SHACKLESFORD, VA (January 2012) Laura Torres-Reyes of Team International Training, Inc. (G4S ITI) won High Lady in the annual IDPA Postal Match, held globally from August through December 2011. This year’s event, open to any classified IDPA shooter, drew in 2,338 participants. A Postal Match is defined as a match where all participants receive the exact same four stages with very specific set-ups. The clubs then mail in their results. Torres-Reyes placed first out of 112 lady competitors. 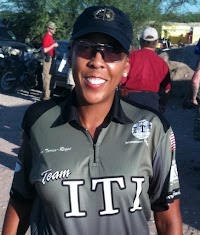 “Mr. Ted Murphy did a fantastic job of designing stages that were fun and straightforward. With only four stages, there was very little room for error. You had to bring your best game balancing speed with pinpoint accuracy,” commented Torres-Reyes. “I was pleasantly surprised with the final results where I placed first [High Lady] out of 112 lady competitors. I shot the match in late December, so it was rewarding to confirm that my dry fire practicing during this winter season has improved my skills. I am excited to be heading into the 2012 season with a bang!”

Torres-Reyes can be seen competing in her next match at the IDPA Triple Crown I, held at the Universal Shooting Academy in Frostproof, FL February 4th through 5th, 2012.

G4S International Training Incorporated (G4S ITI) is a training company of G4S. Founded in 1989; G4S ITI is committed to providing benchmark security training programs emphasizing professionalism, quality, customer service, and a fair price. G4S ITI conducts both mobile and fixed site training in security assistance and security service programs for the U.S. Government, U.S. military, corporate America, and now private citizens. For more information on ITI or any of their courses, log on to www.g4siti.com. 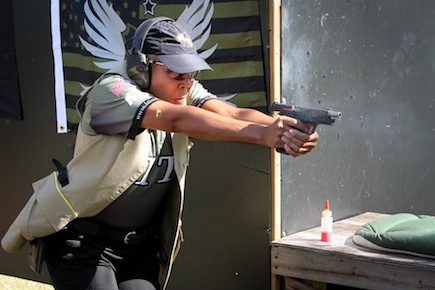 Laura Torres-Reyes first started her shooting career five years ago when she decided to practice to qualify for a deployment in support of Operation Iraqi Freedom. She primarily competes in IDPA as an SSP EX and has earned 21 state and regional Ladies Championship titles and 25 state and regional High Military Championship titles. She has been serving for over 23 years on Active Duty in the Air Force. Colonel Torres-Reyes, a Bronze Star Medal recipient, specializes in Occupational Medicine.  Prior to being on Team ITI, Torres-Reyes competed as a member of Team Smith & Wesson for two years.