Retro WON: Forget about the ta-tas … save the person

She lay on the couch in her living room, scarf around her head, eyes sunken, looking gray as a cloudy day. “As soon as I get well, we’re going fishing again,” said my friend, Nancy. She’d had chemo treatment # 8 or #9 the day before this one.

I didn’t stay long, but promised her that as soon possible, we’d put on our waders and head back to her favorite fishing hole at nearby Bennett Spring. Her family has been fishing there for three generations, and they own a small cabin near one of the best honey holes in the park. It’s almost been a little over two years now since that glorious day in the little honey hole at Bennett, when Nancy and I stepped in, cast and simultaneously caught our first fish of the day … the first fish of her remission!

And, now, with October being the 27th Annual Breast Cancer Awareness Month, I can’t help but think that the thought of being able to fish again inspired Nancy to get better. It’s not about catching a beautiful rainbow lunker so much – although trout with lemon and butter in a foil packet on the grill is delicious. It’s more about being outdoors and standing there in a stream that reminds you of life and its constant changes.

Or not … somedays, it’s about forgetting about life and going into the healing zone as you concentrate on whether the fish are going to like that midge or black ant. Let’s face it … it’s not about saving the ta-tas, or the rack or whatever vulgar term we want to attach to the word breasts. It’s about the person, the heart and soul that lie behind those physical pieces of body mass. 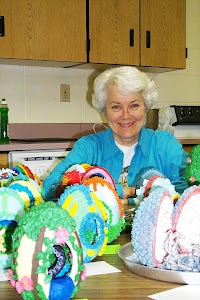 Nancy Zink. One of the best high school teachers in the world! Photo by Barbara Baird.

For whatever reason, just know that it’s never too late to learn to fish. Or, that it’s never too late in the season to fish – just put on another layer or two under your waders. And, that if you know a woman who would benefit from a Casting for Recovery Retreat, then get her connected with it and others that promote healing the mind and the body through nature.

We have decided to highlight women who fought breast cancer this month at The WON. Maybe some of them aren’t classified as “victors” because they passed away, another name on cancer’s roll. But maybe they left a legacy because they loved the outdoors and shared their passion with others. Tell us about them. And we’ll tell you about the Nancy-like women in our lives. 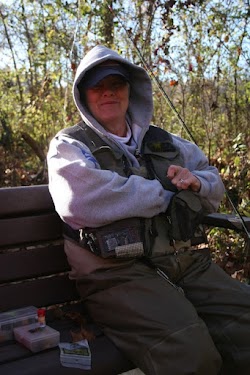