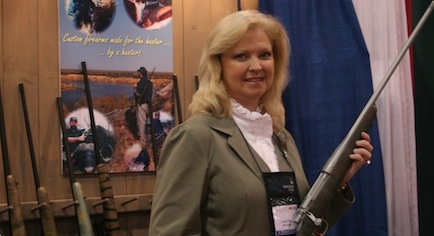 view_list
Uncategorized
My Job … My Outdoors: Carol O'Day — no detail too small nor time outdoors wasted

Some of you may know her as the “American Huntress,” from a television show that she appeared on at Sportsman Channel for two years. Others might know her as the president of MG Arms Inc., a small independent Texas-based business, best known for manufacturing custom “MGA Ultra-Light” rifles, the “DragonFly” revolver and the “K-Yote Varmint […]