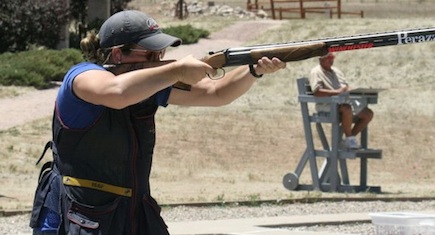 Olympic shotgunner Kim Rhode made the top 10 list of sports moments at the 8th Annual LA Sports Awards. Rhode won a gold medal in women’s skeet and became the first American athlete to medal in an individual or team event in five consecutive Olympic Games. Congrats to you, Kim, for making the list — but, hey, we think you’re #1!