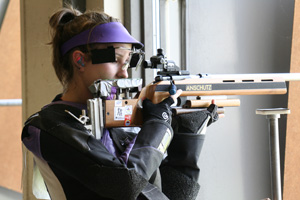 Excerpt from USA Shooting — Following the prone athletes, Women’s 50m Rifle Three Position begins on June 6. 2012 U.S. Olympic Team nominee Jamie Gray (Lebanon, Pa.) will compete alongside her potential teammate. Like Uptagrafft, Gray earned her nod through the point system and looks to hone her skills prior to London. The rest of […]