How to Prepare for a Shooting Competition

Shooting, like any sport, requires practice, persistence and dedication. In competition, it’s preparation that can help you win, or at least provide comfort and confidence in your abilities.

Ask any athlete about his or her first time competing, and you’ll likely hear a spectrum of stories, from impressive and inspiring, to entertaining and agonizing.

The Art of Match Preparation

I recall my first time every time.

Every time I prepare myself for a match or a day of practice, I recall my first matches at each level of competition, from my very first shooting safety class to representing our nation internationally many years later.

Now that I’m in the midst of my competitive season, I often think back to that very first competition in a local college’s shooting safety class. After several months of classes, I was very accurate, but slow. Furthermore, under pressure, I faltered. So, I repeated the class (and practiced for hundreds of hours) until I could comfortably manage my own emotions and fears. 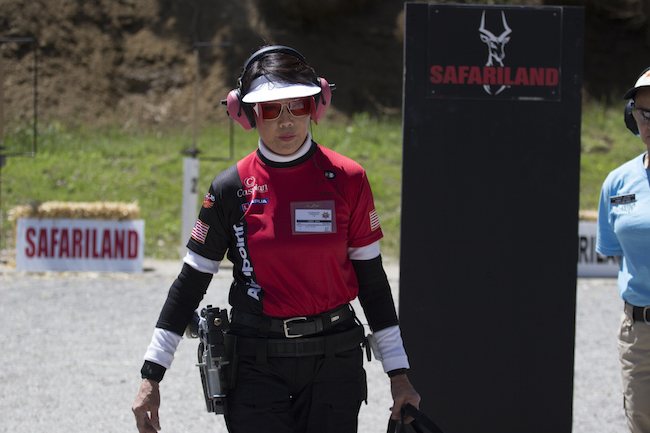 From that moment on, I was prepared by my own preparation. This set the groundwork for my entire shooting career. I no longer make the mistakes of looking at other competitors, wondering what they are thinking about, or doing, or seeing. I play my own game before, during and after the competition.

There are 2 competitions that make particularly good practice grounds for women (and men) who are new to the competitive shooting world. The NRA’s Cameron Cup in Columbia, Mo., and the NRA Action Pistol Regional in Chambersburg, Pa. These 2, plus the NRA Bianchi Cup, are among my favorite shooting competitions of the year.

Most shooters with a limited level of experience can successfully shoot a target at 10 or 15 yards, but can you do it on a timer? Can you do it with an audience? The East Coast matches that I mentioned above offer excellent opportunities to build your match nerve and to learn how to compete better in higher-pressure situations. Both the Cameron Cup and the Pennsylvania Regional offer a club match ambiance with the NRA’s endorsement, bringing together the best of both worlds — highly skilled shooters and a friendly atmosphere, where new shooters can learn and ask questions of the veterans. 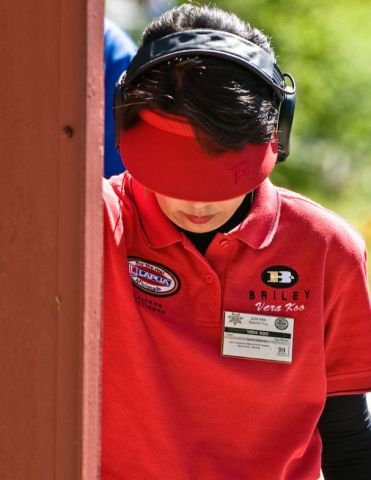 During your first match, you probably have a thousand questions. I certainly did. And, I will be forever grateful to Jim O’Young for his friendship, camaraderie and coaching over the years, and his answers to my questions. One of the greatest pieces of advice that Jim has given me is to always shoot with better shooters. Whenever he spotted great shooters on the range, he would suggest that we go shoot with them. Honestly, I was terrified to shoot next to some of our industry’s greatest shots. But, I followed him and became a far better shooter as a result.

In fact, a few years ago, I recall seeing Rob Latham readying to shoot a practice day. I told him that I wanted to practice next to him. He laughed and welcomed me, but was curious. I explained that I’d seen his name next to mine for our actual match and wanted my practice to imitate competition. 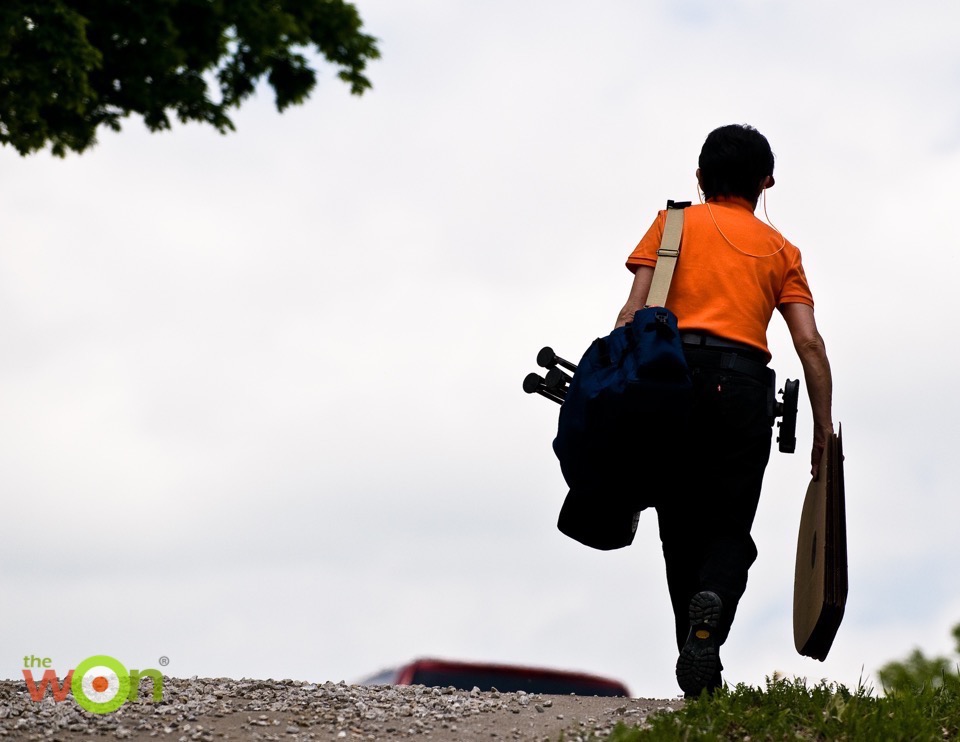 Tips for when you arrive at a match 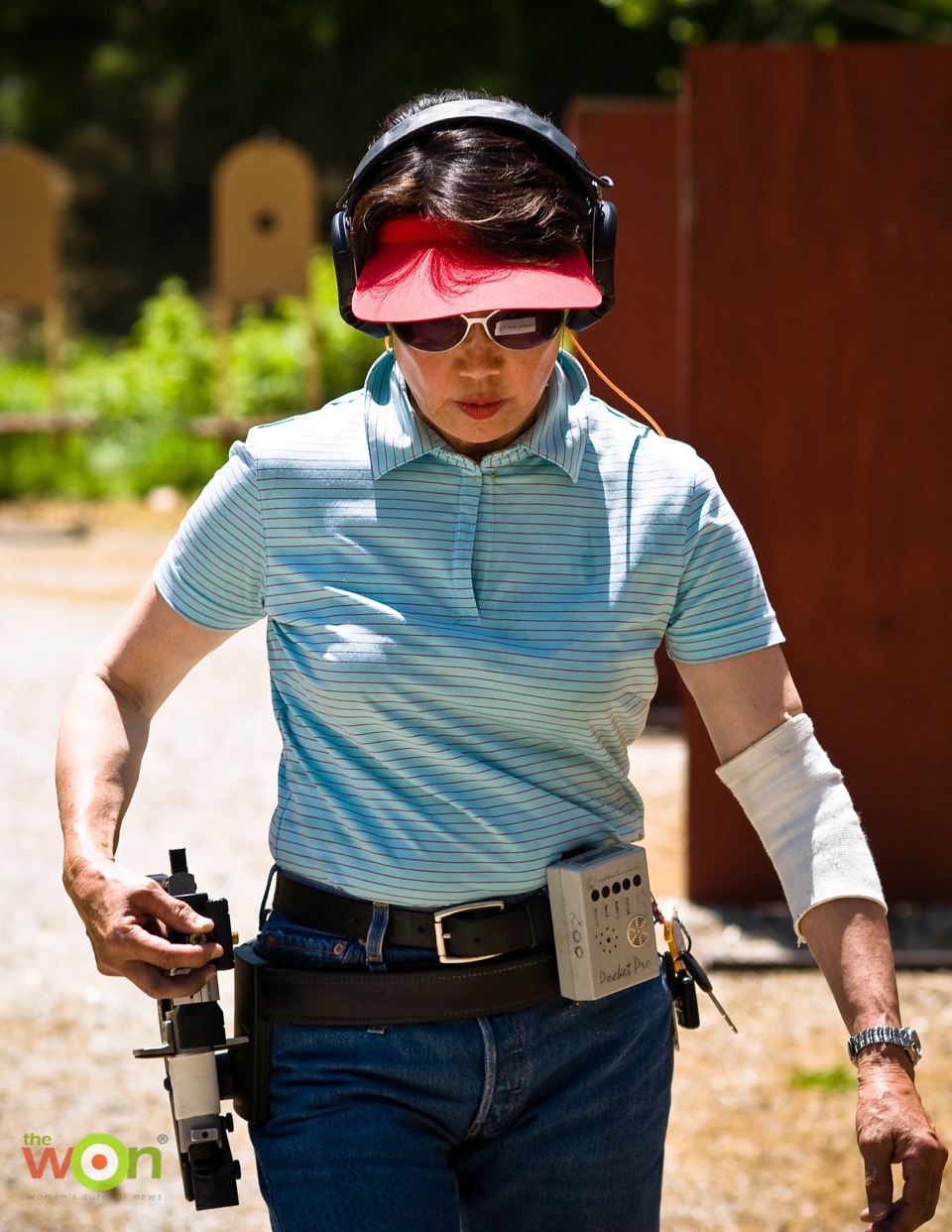 If you intend to be a competitive shooter, understand that you don’t train at an event like the Bianchi Cup. You train in matches like the Cameron Cup and the Pennsylvania Regional. So, shoot next to me. Shoot next to Julie Golob. Shoot next to Bruce Piatt and Doug Koenig. Subject yourself to high pressure in practice, so you can achieve at high levels in every arena of your life, and remember that at the end of the day, you aren’t competing with these shooters. You are competing with yourself.