Vera Koo: On Being a Woman in the Shooting Sports

Once in a while, when I am practicing shooting at the Green Valley Rifle & Pistol Club near Columbia, Mo., I still get the question. Someone who does not know me will ask if I’m any good at shooting.

What they do not know is I’m a veteran shooter of 25 years. To them, I’m a woman, I’m Chinese, I’m petite and I’m approaching 70 years old. To them, I seem like a most unlikely pistol champion.

My family moved from mainland China to Hong Kong when I was about 3-years old. The way I understand it, we were aboard one of the last boats to leave China before it became a Communist country in 1949. Seeking better educational opportunities for his children, my father moved the family from Hong Kong to the United States when I was 11.

My mother never strayed from her traditional Chinese values. She taught me to be a wife and a mother who served her family and her in-laws. She taught me that I should stay home and cook and clean for my husband and take care of our children and my in-laws. For a hobby, my mother suggested knitting. An aunt suggested I take up embroidery. A friend suggested I consider doing flower arrangements. 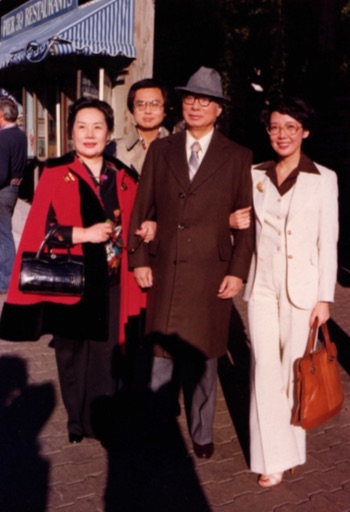 Yet, I enjoyed hobbies that took me outside the home for a while. Sports offered that opportunity. First, I had to ace my life at home. I made sure to take care of all the household duties my mother and our culture would indicate I should handle. After I did that, I could spend time on my sport. 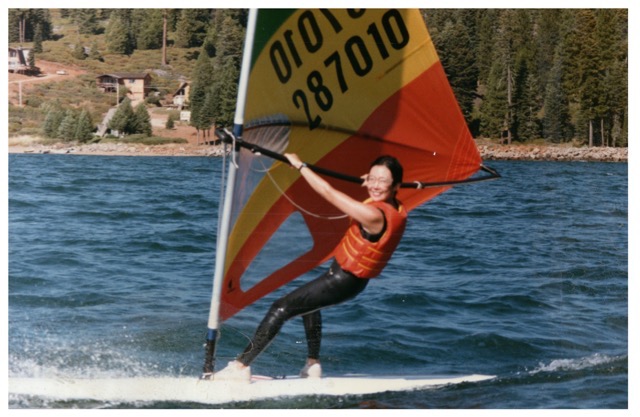 My husband, Carlos, prepared me for competitive shooting by coaching me in windsurfing, equestrian, downhill skiing, backpacking and camping. Throughout the years, I spent a lot of time practicing to hone my skills at those activities. They taught me the value of gaining physical strength and stamina, which I now utilize in shooting. Carlos has offered me unyielding support throughout my competitive shooting career.

My mother and I share a very important quality. It took my daughter pointing this out for me to recognize it. My daughter once told me that on the outside, my mother and I might look fragile and helpless, but on the inside, we are tough cookies. We can take a lot of adversity in life and come out stronger on the other side.

That has been an important quality throughout years in shooting. I’ve learned competitive shooting is a lot like life — it brings a lot of suffering and a lot of hardships, but the only thing the sport will damage is maybe your pride. With continued practice, you become a better shooter, and know how to handle the hardships you face.

The first time I signed up for a competitive shooting event, the person registering shooters warned me that the competition would be cutthroat. However, strong competition was exactly what I needed. I know now that if you want to become better in anything, you have to go into competition. Competition forces you to practice and to prepare. It forces you to become a more skilled shooter. It also forces you to keep your emotions in check. 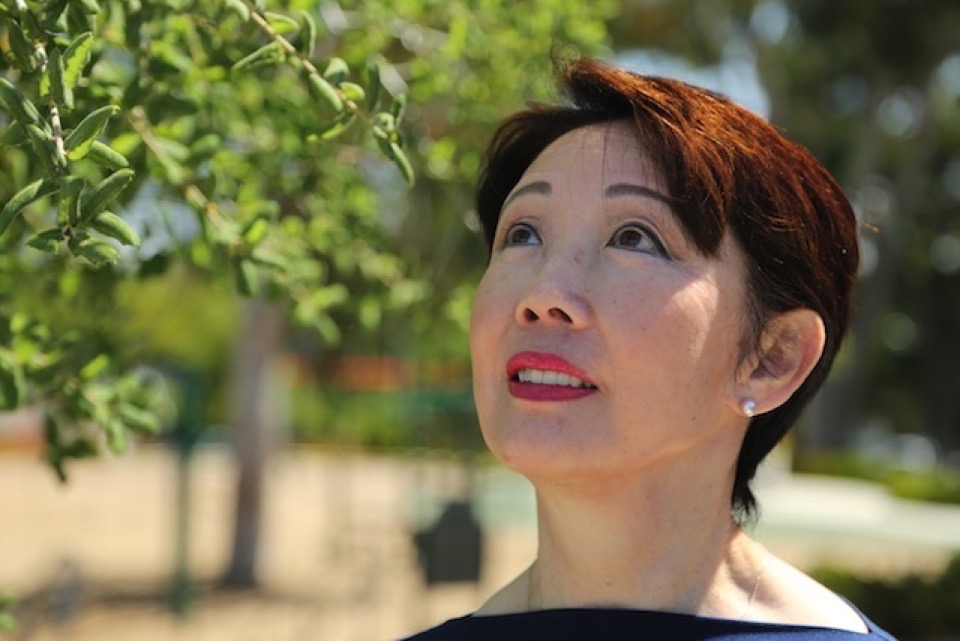 In my early days of competition, I would sometimes hear from others at the gun club that I was only there to look for men. I heard so many of these types of comments, but what others say doesn’t make any difference. I focused on becoming a better shooter, and once I improved my skills, I could beat the naysayers with my scores.

My first big win came in 1996 at Montrose, Colo., where I won “Top Woman Shooter” at the American Handgunner’s World Man-on-Man Shoot-Off Championship. The general consensus afterward was that I got lucky, but that did not anger me. I figured, if I am good, eventually others will know. I won my first Bianchi Cup women’s title in 1999, and I won another Bianchi Cup women’s title 2 years later. I carded a perfect score during a warmup match a couple days before winning that championship in 2001.

That year, I noticed I had finally earned the respect of my peers.

When people tell me they want to be good at this sport and ask for my advice, I tell them it’s possible with practice. It’s not free. You must put in the time and build your fundamentals. Developing accuracy is key, and it’s important to practice on bullseye shooting to build that accuracy.

Just as important is having good mental strength, and mental toughness is maybe even more important if you are a female shooter who is likely to face criticism as you embark on a male-dominated sport. However, you need not adopt a me-against-the-world mentality, because for every person who is eager to cast a stone at you, there is someone else willing to help you. 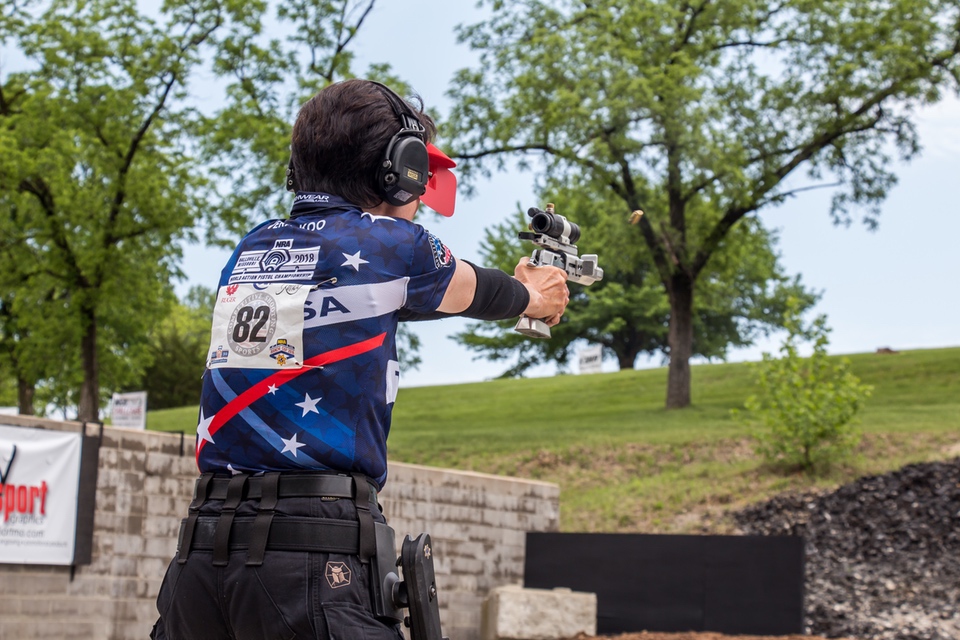 I would not be the shooter I am today if not for the tutelage I received from Jim O’Young early in my career. I saw Jim as someone I could trust and as an established shooter who could help me develop my skills. Working with Jim pushed me to become better as I tried to keep up with his talent.

He also helped motivate me. If I ever told Jim, “This is hard,” he would respond, “Do you want to quit? Or, do you want to go on?”

This, of course, was an easy question for me to answer, and with years of practice and dedication, I mastered the craft of competitive shooting. 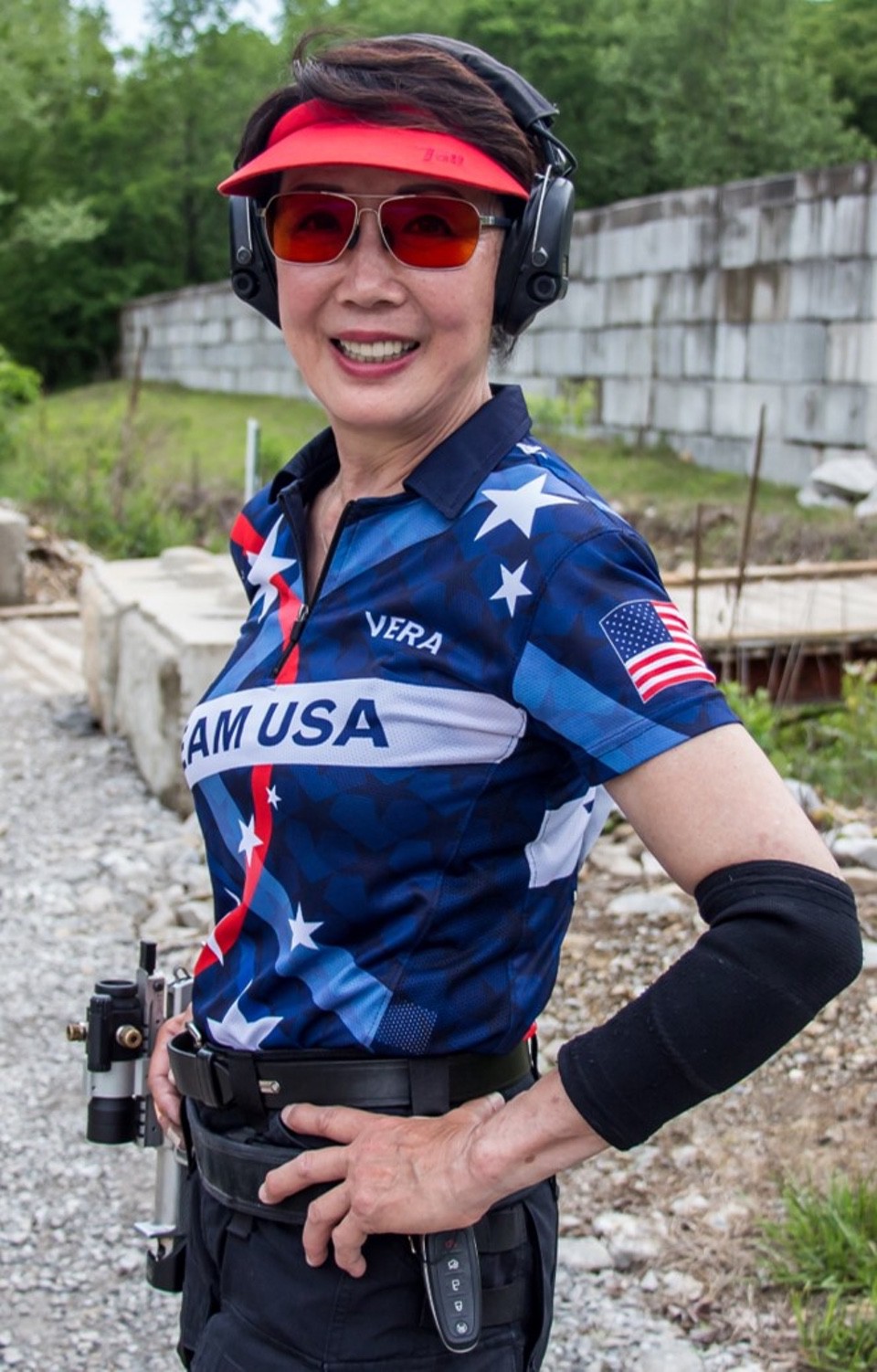 So when I get questions at the gun range about whether I’m any good at shooting, or encounter a raised eyebrow, it doesn’t bother me. I understand why they ask the question, and my response to the question is always the same. “I’m OK,” I tell them. I have learned to let my performance speak for itself.

To those who don’t know me, I might seem like an unlikely pistol champion. But, maybe it’s not unlikely at all. I am my mother’s daughter, and we know how to persevere through challenging situations. That’s a quality all champions must have.