The all-woman gathering took place at the 2016 Shooting, Hunting and Outdoor Trade Show (SHOT) in Las Vegas on Thurs., Jan. 21. No one knew how well the event would be attended. With no promise of door prizes or raffles and only light refreshments provided by Remington Outdoor Company and the Women’s Leadership Forum (NRA,) there was no “catch” to showing up to this event, graciously hosted by Bonnier Publications in its Sportsmen’s Lounge.

When more than 220 women arrived in the Bonnier Corporation hospitality suite for the first ever Women’s Meet & Mingle, they were there for one reason — to network with others like themselves.

“Where else can a first timer to SHOT Show, such as Michelle Campbell, of Hollow Point Apparel, meet a seasoned veteran of marketing, such as Celia Grimes, of LaserMax, Inc.? This type of venue allowed women who represent so many occupations within the industry to network, make connections and know that they have support,” said The WON’s publisher, Barbara Baird. Shortly after the Meet & Mingle began, the entire U.S.A. Olympic Shooting Team appeared, with 5-time Olympic medal winner Kim Rhode leading the way. Surrounded by fans and supporters throughout the event, the competition shooters for our country left knowing that they are valued and respected within the industry. Watch for further progress by a popular women’s shooting organization to help fund the team.

All women attendees will receive a directory of the women who attended, including some entries from women who sent their business cards because they couldn’t attend. The NRA’s Women’s Leadership Forum is underwriting the cost of the directory.

We’re looking forward to next year’s Meet & Mingle,” said Baird. “We felt the energy and positive reception to the idea, and all of us involved want to see it grow and prosper. 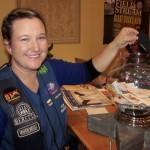 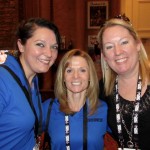 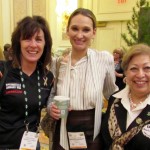 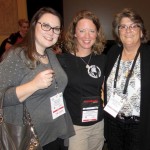 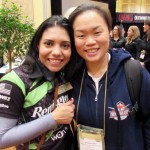 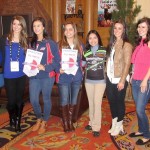 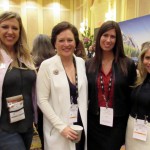 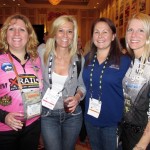 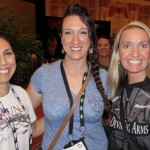 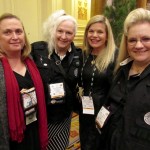 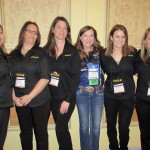 Julie Golob and the ladies of Hogue. 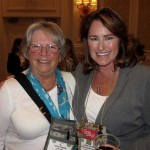 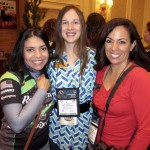 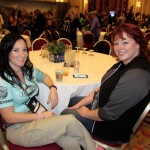 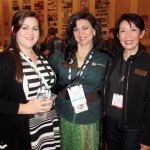