Getting to Know Bears: Be Bear Aware

In most of America, hiking in the backcountry means hiking in bear country. Because of their size and strength, bears have a negative reputation, but bear attacks are relatively rare. To further decrease your chance of having an encounter with a bear, there are a few simple steps to follow, including gaining an understanding of how bears evolved and how they act.

There are three prominent bear species in North America: black, grizzly, and polar. Hiking in polar bear country is a unique endeavor that requires a specialized approach because they are the only species known to hunt humans as a food source. This article will focus on grizzlies and black bears, which are more common and easier to defend against.

Neither black bears nor grizzly bears are known for hunting humans; most attacks are the result of a startled bear, a sow defending her cubs, or a bear that has been fed by humans searching for more food. Black bears evolved in forested regions where retreating could mean hiding. For this reason, black bears are less likely to defend their cubs by attacking. Grizzlies, on the other hand, evolved in open spaces, such as the tundra and grassy alpine regions, which affected their flight-or-fight response. Grizzly bears are more likely to defend their young by fighting than they are to flee. For this reason, it’s more important to be “bear aware” when traveling in grizzly country. Both species are capable runners; black bears can average 25–30 mph, while grizzly bears can sprint at 35 mph and have been estimated to reach top speeds of 41 mph. To give a rough comparison, 30 mph is equal to 44 feet per second – an unattainable feat for humans.

The most important step toward preventing a bear attack is to never feed a bear. A common saying is “a fed bear is a dead bear.” Bears that have learned to equate humans with food become more aggressive and less afraid. Be sure to keep your food in a safe and secure location when traveling in bear country. 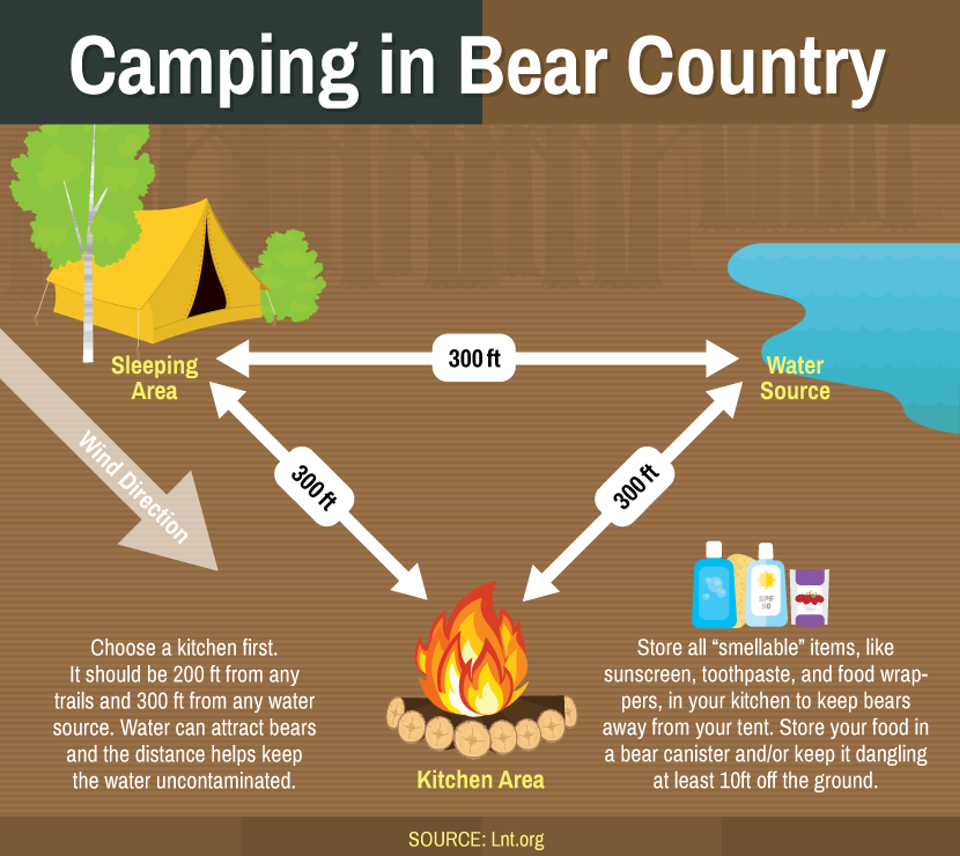 Read more about, “Being Bear Aware” from our friends at FIX.com here.