What It’s Like to Shoot Collegiate Sports: Kassidy Groeper

Kassidy Groeper is a sophomore at Lindenwood University in Missouri. Kassidy has been a Syren ProStaffer for several years now and in the past has primarily been a Bunker Trap shooter.  She has added the disciplines of American Trap, American Skeet and International Skeet to her repertoire since joining the team at Lindenwood.  I reached out to her at the end of the summer to get her insights on shooting in college, college life and leaving home again after the summer.

Syren Savvy: Where do you attend school?

Kassidy: Lindenwood University in St. Charles, Missouri.  It’s about 3 hours from home: Williamsfield, Illinois.  I am majoring in Business Administration, with an emphasis in Marketing.

Syren Savvy: Tell me about their shotgun team?

Kassidy: Lindenwood has a rather prestigious shotgun team and I am honored to be a part of it. The team has now won 15 consecutive national titles at the Association of College Unions International Annual Clay Targets Tournament, held in San Antonio, Texas, each spring. We have a large team that has extensive talent in the shotgun sports. 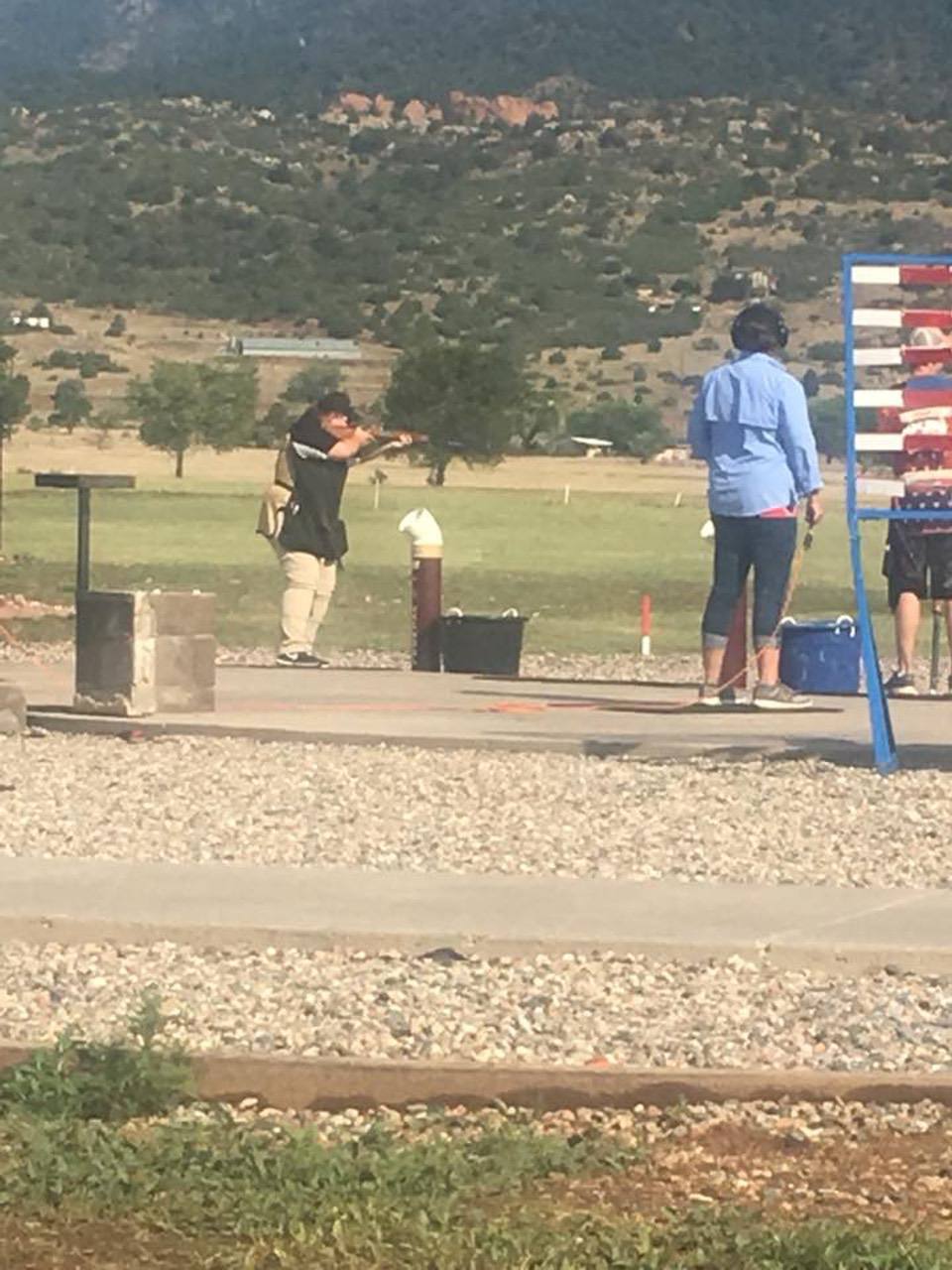 Syren Savvy: What’s the best and not best things about being at college and away from home?  I know missing your pup is one of them!

Kassidy: Living on my own is hands-down the best thing that has come out of going to school away from home. I have met so many great people at LU that I would’ve never met if I stayed at home. Another great thing is I now have 2 bunkers (Olympic Trap) within 45 minutes, rather than 4 hours like I used to. Going to school away from home has made me more independent in a short amount of time. My small town will always hold a place in my heart, but when I made the decision to go to LU, they told me I would be “just a number.” Although this does not hold true for the classes and school – because you are on a first-name basis with professors, it does apply to when I go out into St. Charles. If a friend and I want to go grocery shopping, we don’t see half the neighborhood at the store. It’s peaceful in a sense. I’ve really come into my own while at LU, too. I’ve become more outgoing over the course of the last year and can’t wait to see what this year brings.

Of course, there is always a downside to everything. The major one, I think, is the same as a lot of students face – is leaving their dog back at home. You go through the summer seeing “man’s best friend” everyday and when you go back to school that creates an undeniable void. Yeah, you miss your friends and family, but you can call your friends and family, you can’t call your dog, though. Other than that, the significant downsides are few and far between. Partially I think this is due to the fact that I was ready to go somewhere new and to branch out from my same 4-square miles I grew up on. 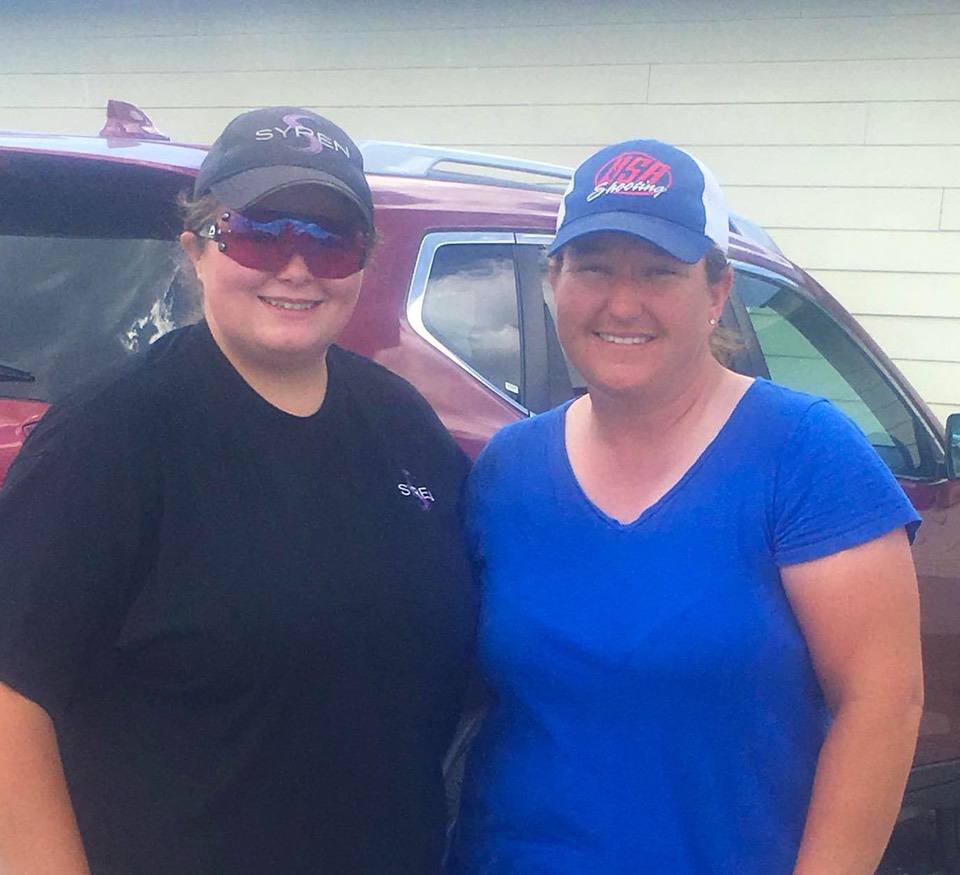 Syren Savvy: How was shooting for Lindenwood what you expected and what was very different?

Kassidy: Shooting at LU was interesting my first year, to say the least. I can honestly say I wasn’t prepared for it and now know what I am getting into the second year. Going into my first year, I was still heavily focused on the bunker game and thought that I would be OK. Going into tryouts, [I found] I was wrong. Last year turned into basically a training year in American Trap and Skeet. I have a lot of friends on the team and kind of touched base with them before I signed up to be on the team, and got the majority of how the team runs, and the ins and outs of the team. Something I wasn’t prepared for was after the season ended, was the difficult decision of which discipline to pursue the most over the summer. I am definitely not an American Games shooter (American Skeet and ATA Trap, as opposed to International Skeet and Bunker Trap) and would much rather shoot Bunker competitions since I have been away from ATA for such a prolonged length of time and feel my home is with Bunker. Going into tryouts this year, I know what is coming and know how to prepare. 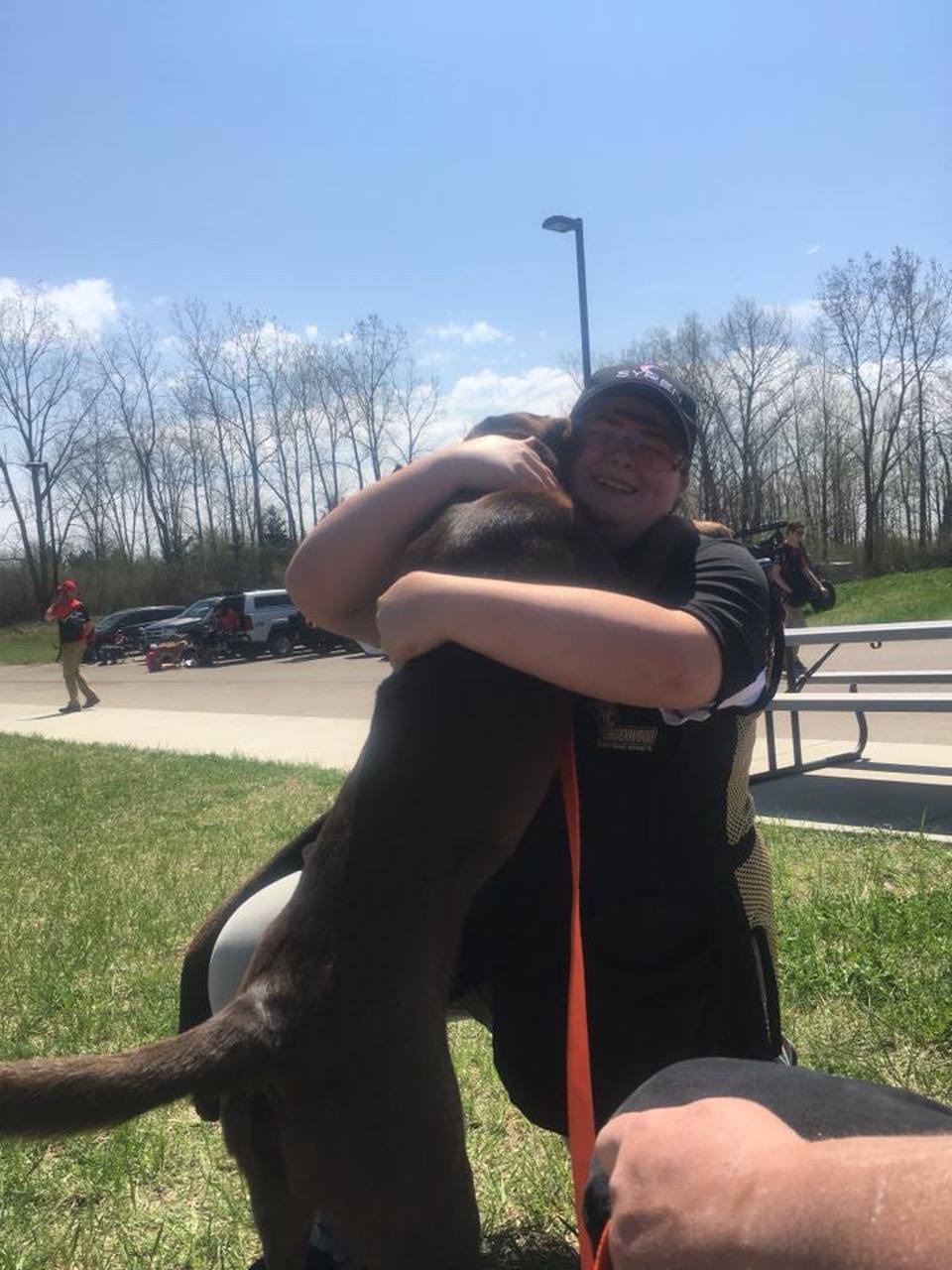 Syren Savvy: Do you have to shoot all the disciplines in college?

Kassidy: I can only speak for LU, because it really depends on the school itself. I know at LU it is highly encouraged that you be an all-around shooter or at least be experienced in all disciplines.

Syren Savvy: What did you do this summer?

Kassidy: I worked 2 jobs to earn funds to go to 4 matches this summer: 2 in Colorado, 1 in Texas, and 1 in Missouri. [Results: Top Lady at Michigan State Junior Olympics and Top Lady and tied for Overall at Missouri State Junior Olympics] When I wasn’t at matches, I tried to spend time with my hometown friends, as the majority of us have internship aspirations and plans lined up for next summer and don’t plan on being home much at all after this school year starts. I also tried to spend a lot of my downtime training my pup, Timber, for the upcoming hunting season. 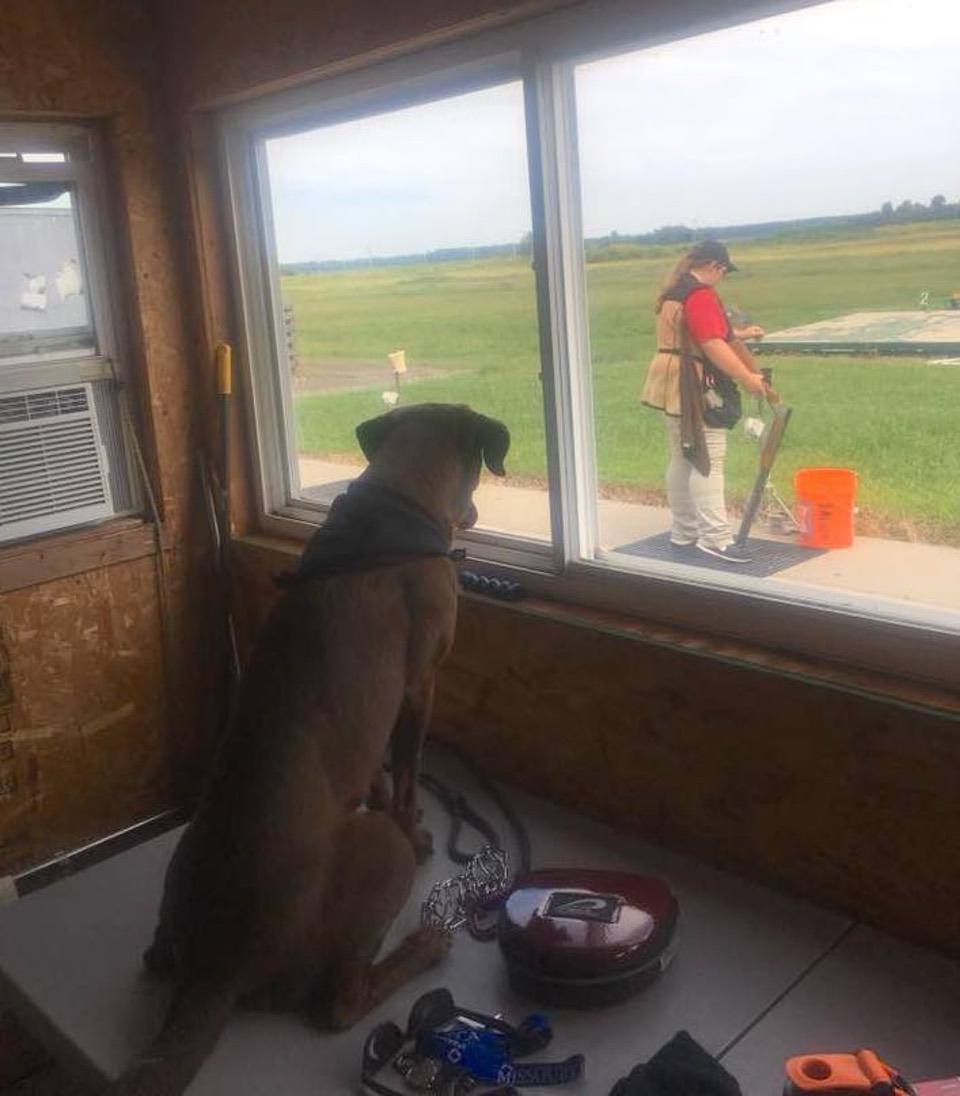 A perfect view in the AC (Russel Groeper photo)

Kassidy: Of course, I would like to come out in tryouts this year and shoot my best scores yet, but that’s not the only thing I’m after. The biggest goal I have is to not procrastinate as much as I did last year. I would love to have another successful year with the LU DECA Chapter as well. I do have a pretty full schedule between classes, being a resident advisor, and the shotgun team, but I would still like to enjoy the year and make time for friends and myself.

Syren Savvy: What are some tips and bits of advice that you would offer to kids looking to shoot at their college or university?

Kassidy: Have fun with it!! Shooting is a forever sport but you don’t have forever to shoot on a collegiate team. Take advantage of the opportunity and enjoy it.