Almost a year ago I traveled to Las Vegas to attend the Springfield Armory Desert Duel, a writer’s event where they introduced new firearms. One of these firearms was the M1A 6.5 Creedmoor, which technicially was not a new rifle, but a new chamber. In the past, Springfield’s M1A Loaded only came chambered in .308 Winchester (Win).

History of the M1A

To trace the history of the M1A, we have to go all the way back to just after World War II when the US government began designing a replacement for the M1 Garand (named after its designer, John Garand). In 1959, the M14 (in .308 Win) was adopted by the US military. This automatic rifle didn’t last long with the military though; it was too large and bulky for jungle combat and difficult to control in full-auto mode. In 1964, the final contract was filled.

Nevertheless, the M14 has been brought back for use in the war in southwest Asia, by designated marksmen for long range engagements.

In 1974, Springfield Armory began offering a civilian legal semi-automatic version of the M14 for service rifle matches – the M1A (also in .308 Win). The nostalgia of this rifle appealed to both those who carried the M1 Garand and the M14. Soon the M1As dominated the National Matches at Camp Perry.

The M1A loaded — 6.5 Creedmoor is available in 3 different configurations:

I received the M1A with a black Archangel precision-adjustable stock. It weighs 11.4 pounds with an overall length of 45 inches to 46.25 inches. The 22-inch medium weight stainless steel barrel has a 1:8 right hand twist and a shot-steadying muzzle brake. 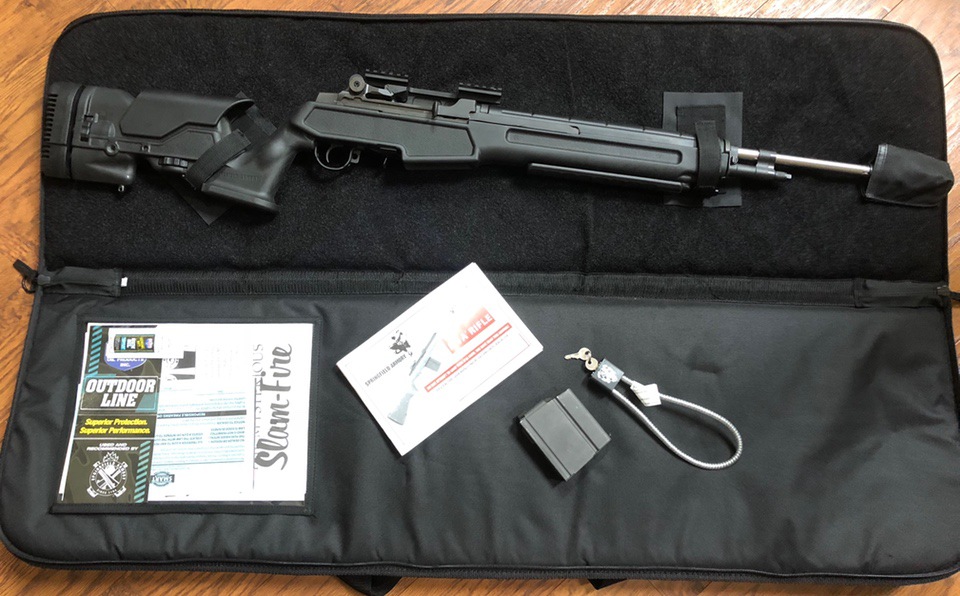 The M1A arrived in a well-made soft sided carrying case, perfect for taking the rifle to the range or storage. I requested a scope mount from Springfield and attached a Trijicon 4.5 – 30 x 56 long range scope. I grabbed a few boxes of ammo and the 10-round detachable box magazine that came with the gun and headed to the range.

My first thought when removing the rifle from the case was, “Wow … this is heavy!” I’m used to shooting a very lightweight AR for competition, so this was going to be something new. Once I had the M1A in the rifle rest, I began adjusting the stock. The comb height is adjustable by 2 inches and the length of pull by 1.24 inches. The ability to make these adjustments allowed me to dial in a good fit and feel.

I dry fired the 2-stage, National Match-tuned trigger (4.5 to 5 pound pull) a few times to get a feel for it. Now, time to shoot. It took me a few tries to figure out how to load the magazine into the gun. I had to make sure I put it in at the correct angle in the front, then rock it to the back while pushing up at the same time. 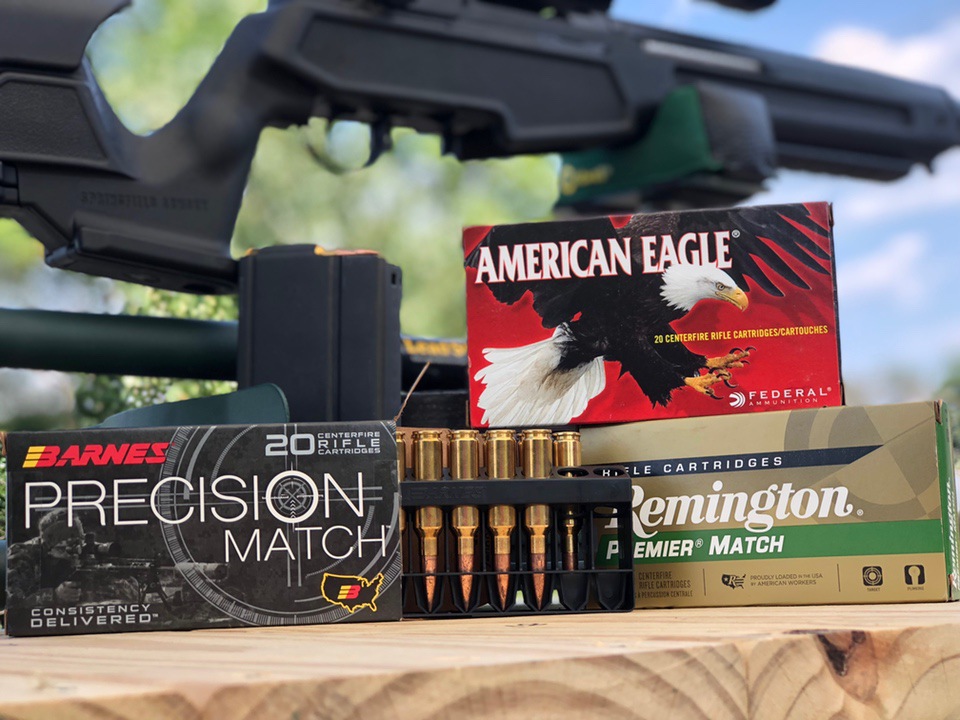 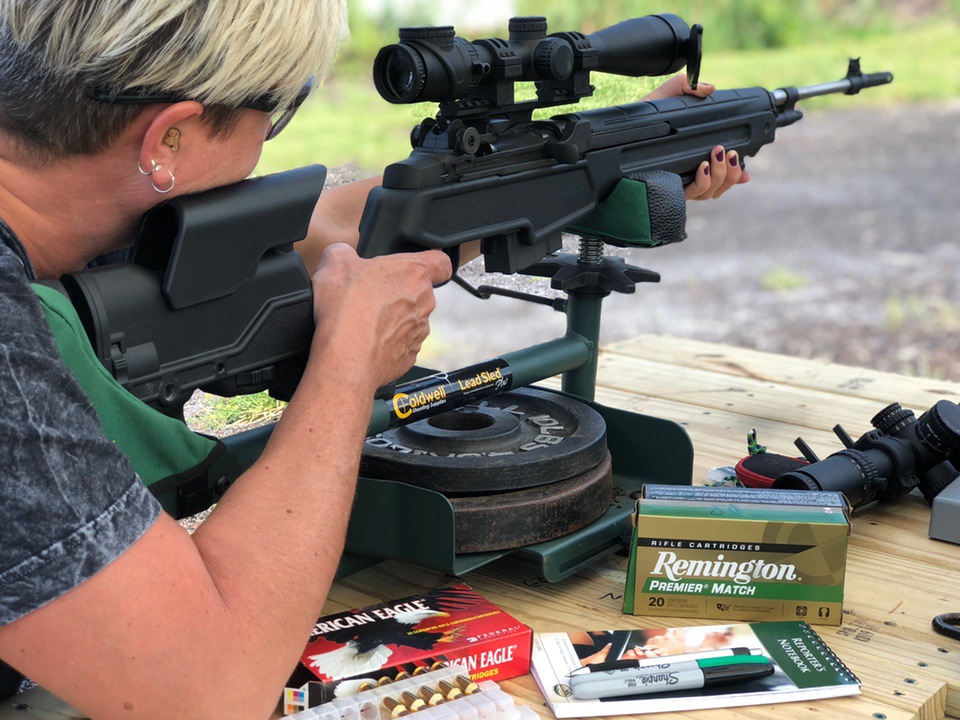 Unfortunately 100 yards was the farthest distance I was able to get out to on the range. I realize these groups aren’t that great, however, the M1A is a new platform for me, it was super hot and the sun was beating down. The next time I take the M1A out, hopefully it will be cooler and I’ll use a bipod and fire from the prone position.