Aurelia Skipwith to be Director of U.S. Fish and Wildlife Service

Last night, President Donald J. Trump announced the nomination of Aurelia Skipwith to be the Director of the U.S. Fish and Wildlife Service. U.S. Secretary of the Interior Ryan Zinke applauded the nomination. Skipwith currently serves as Deputy Assistant Secretary for Fish and Wildlife and Parks in the Department of the Interior, where her team is responsible for ensuring the protection and stewardship of lands and waters within the national park and wildlife refuge systems. Previously, she served as Assistant Corporate Counsel at Alltech, Inc. Skipwith earned her B.S. in biology from Howard University, M.A. in molecular genetics from Purdue University, and J.D. from the University of Kentucky College of Law. Skipwith is the first African American and third woman to ever be nominated to the position.

“For the past year and a half while she served as a Deputy Assistant Secretary, I’ve come to know Aurelia Skipwith as a professional, a scientist and passionate conservationist, and I know she will be an incredible Director of the U.S. Fish and Wildlife Service,” said Secretary Zinke. “She has helped lead some of my top priorities for getting more people to enjoy our public lands, like expanding access for hunting and fishing, recognizing National Urban Refuge Day, and designating sites on the African American Civil Rights Network. I look forward to her speedy confirmation.” 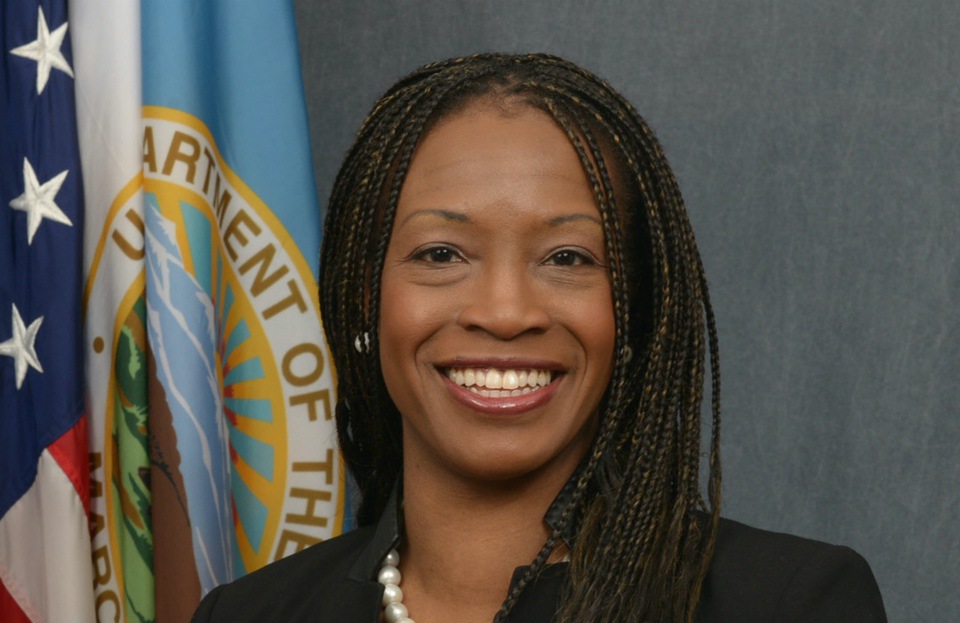 “I am deeply honored that President Trump has considered me for the role of Director of the Fish and Wildlife Service,” said Aurelia Skipwith. “During the past 18 months as Deputy Assistant Secretary, I have had the distinction to work with dedicated people of the Service to ensure the implementation of this Administration’s and Secretary Zinke’s policies to protect our species, increase public access, and ensure science is at forefront of our decisions. If confirmed, I look forward to the opportunity to lead the Service in achieving a conservation legacy second only to President Teddy Roosevelt.”

“We have enjoyed working with Aurelia over the last two years,” said Jeff Trandahl, Executive Director and Chief Executive Officer of the National Fish and Wildlife Foundation. “She has brought an incredible corporate background to the workings of the Department and we look forward to her leadership joining the Fish and Wildlife Service. She has a unique understanding of the value of public-private partnerships as we work to resolve complicated environmental and wildlife issues. This perspective will bring value as we work to balance both economic and environmental drivers.”

“Living in a state blessed with abundant fish and wildlife as diverse as the people who seek them out, I applaud President Trump for his nomination of Aurelia Skipwith for Director of the U.S. Fish and Wildlife Service,” said Jeff Landry, Attorney General of Louisiana. “Aurelia has a lifetime of leadership in the private and public sectors – working to conserve, promote, and enhance our natural resources; and I am confident that she will lead the agency with honor and integrity. An accomplished attorney and experienced biology researcher, Aurelia will work diligently to enforce the laws while improving relations with local governments and sportsmen. I hope she is quickly confirmed by the Senate.”

“We are excited to learn of Aurelia Skipwith’s appointment to serve as the next Director of the U.S. Fish and Wildlife Service,” said Darrell Henry, Executive Director of the Western Caucus Foundation. “Ms. Skipwith is an accomplished and capable public policy professional with the management and organization skills to effectively execute their mission.  The Fish and Wildlife Service needs a leader who understands that it will take a balanced approach to meet the needs of the West – a vast expanse of bountiful wildlife and natural resources where people live, work, and recreate.  I’m confident that Aurelia will be a thoughtful and effective leader for the Service.”

“Deputy Assistant Secretary Skipwith has proven herself to be an effective and knowledgeable leader on a range of tough, contentious issues currently before the Department of the Interior,” said Ethan Lane, Executive Director of the Public Lands Council. “Her steady hand will be invaluable in her new role as Director of the U.S. Fish and Wildlife Service. Ranchers across the country applaud the President and Secretary Zinke on this choice and look forward to working with Ms. Skipwith in her role as the Director to implement effective conservation of wildlife from coast to coast.”