Vera Koo is Back in School

I am a college student again.

I enrolled this semester for a class called “Introduction to Digital Imaging” at Cañada College in Redwood City, California. It meets twice a week for 75 minutes. 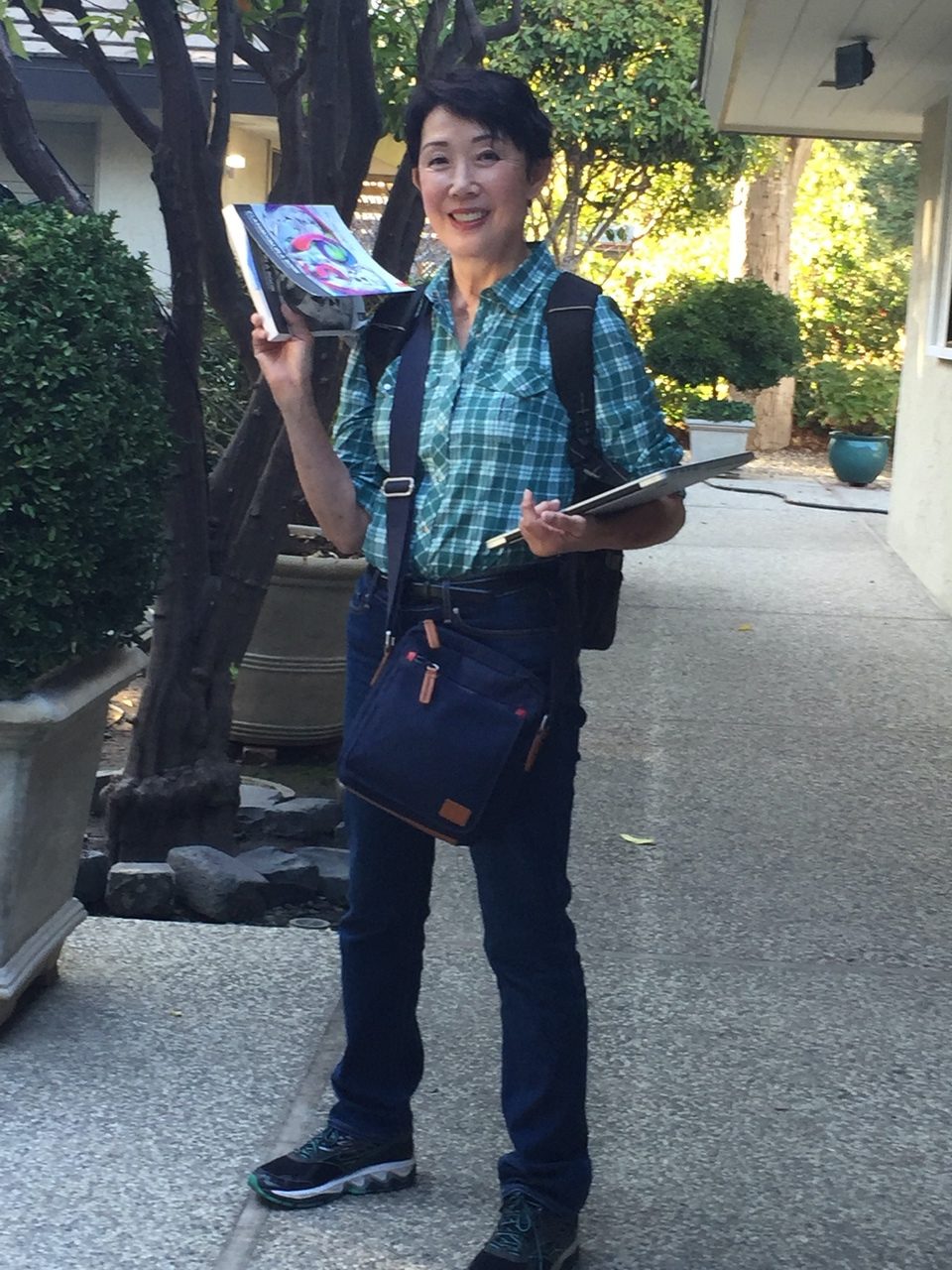 My son, Austin, helped me get my student ID and registered me for the class, and I can credit him for sparking my interest in taking the course.

A few years ago, when Austin decided to buy me a computer, he asked me what I wanted. I told him I would like a computer with a couple monitors. It appealed to my interest and background in visuals.

Austin got me a quality computer and dual monitors, and for the next few years, I proceeded to use the computer for only the most basic functions. Simply put, I did not know how to do anything else on it, nor did I have the time to learn because my shooting career was in full swing.

But I retired from competitive shooting after last summer’s Bianchi Cup, and my son asked me a few months ago whether I ever planned to use the computer in the way it was intended.

I majored in art in college. I am a right-brained person with an artistic eye. I know the way something should look. However, advances in technology had left me behind. Anytime I needed a graphic, illustration or design, I had to go to my daughters for help with Adobe Photoshop.

I thought about what my son said for a few weeks and decided it was time to learn Photoshop for myself.

On the surface, this could seem like a daunting task at my age and with my relative lack of computer skills. However, my experience with competitive shooting showed me that you are never too old to learn something new.

Many competitive shooters had experience with firearms beginning at a young age and got involved in the sport early. I did not.

I never learned how to shoot a gun until I took a class at a community college when I was 41, and I did not get serious about competitive shooting until I was in my late 40s. Through hard work and persistence, not only did I learn to shoot, I became one of the top female action pistol shooters in the world for a period of time.

My son offered to drive me to my first class, but I told him I would go solo. I could handle it. After all, I had managed to travel the world for shooting competitions –- places like New Zealand and Germany –- so I figured I could find a college classroom.

There were a few hiccups. First, I parked in the wrong parking lot; then, I had to ask a professor for directions to the correct building –- but, I made it to my first class.

I was by far the oldest student in the class. Most of the students were college-aged.

For young folks, working on a computer is like drinking water. It is a natural human function.

That is not the case for me.

We have a saying in China that translates to: It was like playing piano to a cow.

That adage applied to my first class. In this case, I was the cow, and everything the instructor said went right over my head.

I did not feel defeated, though. 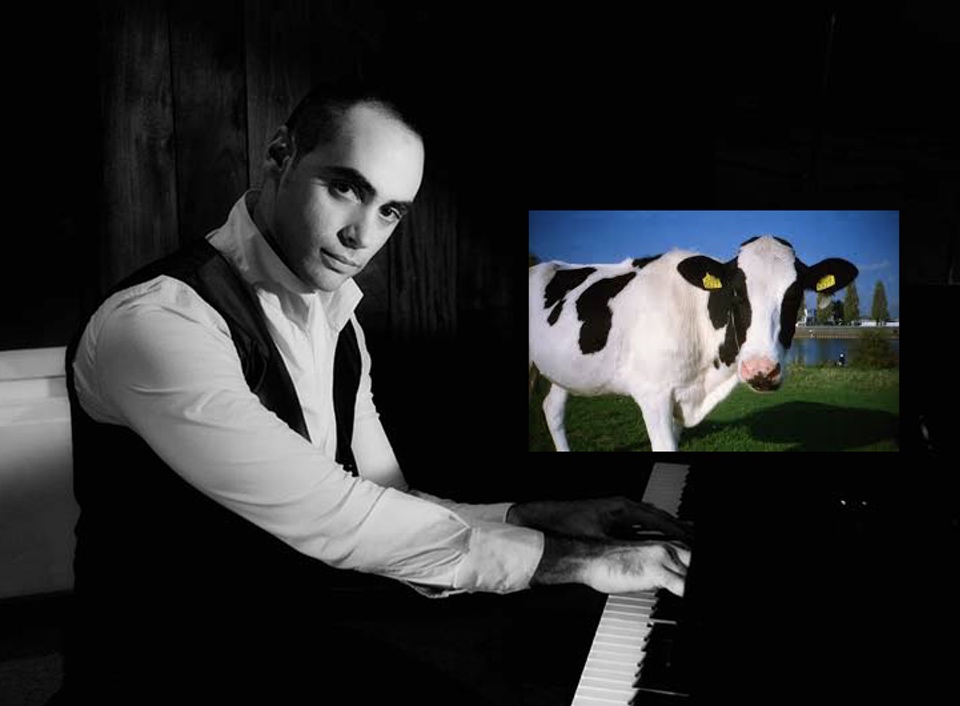 Playing piano to a cow. and Vera is the cow. The information from the lecture was overwhelming for Vera to comprehend.(Created by Vera Koo)

After class, I went to the courtyard and thought, what a privilege we have in this country to pursue lifelong learning. I stayed on campus for a few hours and reviewed the lecture and flipped through the book. This became my routine for the first few classes. I would stay on campus after class and review what the instructor had taught.

My son tutored me for 3 hours the night after I got home from my first class. Within the week, I visited my youngest daughter, Shane, and peppered her with questions. She boosted my confidence when she told me that if I studied the book, I could learn Photoshop. That’s how she learned, she said.

From that day on, I knew: I can do this. I might have to work harder and put in more time than the average student, but I am used to spending hour after hour sharpening my skills at the shooting range.

This class helps fill the time created by my retirement from competitive shooting, but that is not my only motivation. It can’t be. I don’t function that way. 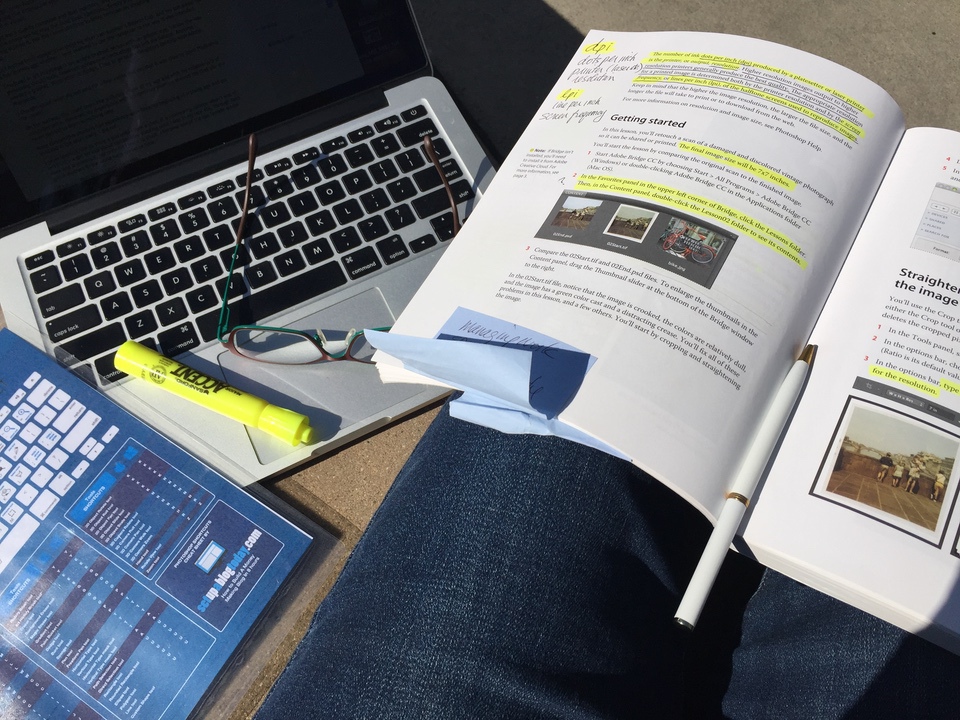 I always have needed a goal to work toward and deadlines to keep me moving forward.

So, I set a goal. I would like to take enough courses to earn a college certificate in the digital imaging graphic design and then start a business offering design services at a budget rate for small-business owners who need help with their advertising and marketing.

I know how difficult it was for me to get graphic designs I needed. It can be an expensive service for small businesses. This will be a way for me to give back to the business community.

My husband, Carlos, and I support each other in our quests to learn new things. Carlos has been a pilot for a few decades. He flies a single-engine Cessna. Now, he also has a light-sport aircraft and recently traveled to Las Vegas to practice on his new plane.

Carlos’ experiences as a pilot introduced him to a man named Ernie, who was an electronics technician.

Ernie had no experience with aircraft or flying until after he retired. When he was in his 70s, he took tests to become a flight instructor and an airplane mechanic. He teaches ground school for pilots on weekends. In his spare time, he does the mechanic upkeep on Carlos’ airplane. Ernie, now 80, went for more training in October to earn a certification so he could do airplane engine repair.

Ernie never stopped learning, and I don’t plan to either.

After a few more college imaging courses, hopefully I am the one playing the piano, so to speak, and not be the cow.