She beat the tick … Janelle Soutner’s battle with Lyme disease

For several months, Janelle Soutner had been experiencing a strange variety of health symptoms, which led her to several different doctors who conducted a multitude of tests; however this yielded no answers.  As she approached the brink of beginning to question her own sanity, Janelle finally found the source of both her physical and mental anguish.  In January of 2011, after seeing a specialist over 100 miles from her home, the source of her ailments was discovered; she was diagnosed with Lyme disease.

Lyme is considered an infectious and parasitic disease according to the International Statistical Classification of Diseases.  It is found throughout the entire United States, but tends to be more prevalent in the northeast.  As a lifelong resident of Pennsylvania, Janelle was no stranger to the disease; but never thought she would end up a victim.  “I am always cautious after being outside.  I always check my skin and take a shower after outdoor activities” she said.

Janelle first realized that something wasn’t right on September 23, 2010.  She had no prior history of health issues, but on this particular day, she became so dizzy that she had to be taken to the emergency room.  She underwent a physical examination and CT scan, but was later released without any true diagnosis of her condition.  “They diagnosed me with Vertigo. Unfortunately Vertigo is only a symptom, not an actual condition” she said. 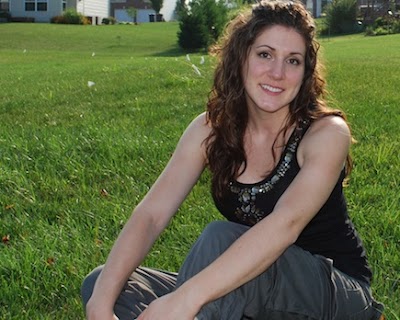 In the following weeks, Janelle saw her family doctor several times and underwent a series of tests, including a test for Lyme which came back negative.  As her condition worsened and her symptoms increased, she was referred to a neurologist.  The neurologist’s suggestion was to merely stop exercising and relax for awhile, which led Janelle to break down in tears.  Two days later, she called the neurologist back when she began to experiencing a tingling sensation in her arms.  She was told that blood work would be ordered and she would be notified with the results.  She never received a call back, yet oddly enough a prescription came in the mail for several different medications with no explanation.  “I was devastated.  I knew this was more than exercise fatigue, but no one believed me and I continued to be left without answers” she said.

This led her husband Ronny to begin doing some research on the Internet.  After some extensive reading, he advised Janelle that all signs were pointing toward Lyme disease, although she had already had a negative test result.  “Besides the dizziness and tingling sensation, I was also experiencing a round the clock headache, neck and joint pain, and severe fatigue” she said.

Ronny located the closest Lyme Literate Doctor, which was about two hours drive away, and Janelle called to make an appointment.  Unfortunately, due to the backlog of patients, it was three months until she was able to be seen.  “By the time my appointment came my symptoms had increased to including involuntary muscle twitching and severe nausea anytime I attempted to do physical activity” she said.

At the appointment, three different blood tests were completed to test for Lyme: The Elisa, the PCR and the Western Blot.  After a month of waiting for results, the Western Blot came back with a positive diagnosis for the disease.  The doctor prescribed three weeks of oral antibiotics and Janelle quickly found herself feeling better and thought she was finally out of the woods.  Unfortunately, about two weeks after she completed the round of medication, her symptoms came back even worse.  “Not only did I have my previous symptoms, but I also began to experience memory loss, the inability to complete thoughts and sentences, social anxiety and pain in every muscle in my body,” she said. 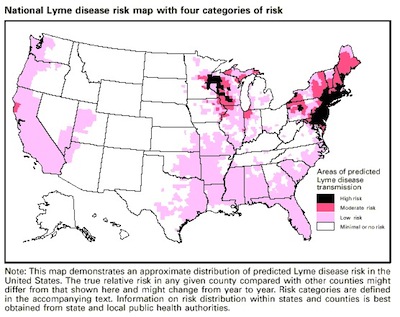 Janelle returned to the doctor, who recommended she undergo more aggressive treatment.  For this to occur, Janelle would have to commit to staying away from her home Monday through Friday until the treatment was complete.  While she knew it would be hard to be away from her husband and two young children, Janelle knew she had to do something to change the quality of her life.  A PICC line (peripherally inserted central catheter) was inserted in her arm and antibiotics were administered intravenously for the next three months at the facility; during that time she only visited her family on weekends.  “To date this was the worst experience of my life; yet I found a doctor who is not ignorant to Lyme.  Today my symptoms are gone and I am Lyme free.  If it were not for this treatment I would not be where I am today.”

Janelle is only one of many individuals with firsthand knowledge of the terrible experience of living with Lyme.  She urges others to become aware of the symptoms and take all necessary precautions when in the outdoors.  “Wearing a tick repellent outside is always a great idea.  When you return indoors, take a shower and always check your skin for ticks.  They can be as small as a pin head and difficult to detect when in the nymph stage,” she said.  “Many people think you will see a bull’s eye rash present if you are bit; however this symptom appears in less than half of Lyme carriers.  If you think you may have been infected, see a doctor immediately and be persistent in getting the correct diagnosis.”

For more information about Lyme Disease, visit the Centers for Disease Control and Prevention website.