Underberg will be honored at the DSC Convention and Sporting Expo in Dallas, Jan. 5-8. 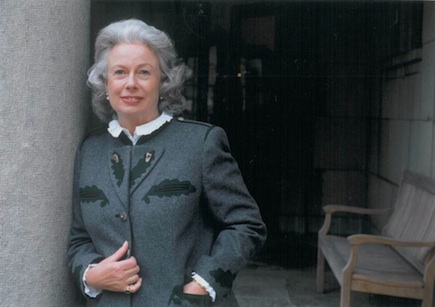 Underberg has hunted throughout Europe as well as Alaska, Canada and Argentina, amassing a fine collection of trophies. She is skilled with handgun, rifle and shotgun. Her experiences afield have given her a deep environmental ethic and thoughtful, respected voice in resource conservation and management. She is or has been active in the International Council for Game and Wildlife Management, World Wildlife Fund and Council for Sustainable Development of the German Government. Underberg holds numerous honors from different countries for her work and contributions to ecological, cultural and scientific causes.

Along with her husband, she helped initiate in 1970 the Fund for Environmental Studies Tyrol/Austria for sustainable management of natural resources.

“The couple was inspired to do something after witnessing changes in the land and forest–and the resulting impacts on game animals–on one of their hunting areas. Today the organization they helped create has 40 years of data on sustainable grazing, timber and wildlife management. This pioneering work has helped shape policies and practices to help sustain and balance resource use in Europe,” said Ben Carter, DSC executive director.

Underberg also is an authority and frequent speaker on hunting ethics, never missing an opportunity to communicate her strong belief that the ethical hunter is the salvation of wildlife and habitat.

She was born in 1939 in Frankfurt. She grew up hunting with her father and in 1958, at age 19, became one of the first women in the post-war era to pass the notoriously stringent German hunting exams. In 1962 she married Emil Underberg of the Underberg wines and liqueurs empire (Underberg bitters remain a great favorite of Germanic hunters). She was named to the company board in 1982. The couple has four children and 12 grandchildren.

The Capstick Award is named for the well-known American author whose defense of hunting and conservation made him a household name. Previous recipients include Harry Tennison of Fort Worth, Texas, Baron Bertrand des Clers of France, President Theodore Roosevelt, Dr. Ian Player of Kwa-Zulu Natal, South Africa, the Boone and Crockett Club, Hubert Thummler of Mexico City, and Dan Pedrotti of Corpus Christi, Texas.

About 32,000 people are expected at the DSC Convention and Sporting Expo, Jan. 5-8. The event, featuring an expo hall with more than 1,200 exhibits, seminars, auctions, entertainment and awards, is the primary fundraiser for the club’s mission to conserve wildlife and wilderness lands, educate youth and the general public, and to promote and protect the rights and interests of hunters worldwide. The public is welcome to attend.

Desert bighorns on an unbroken landscape, stalking Cape buffalo in heavy brush, students discovering conservation. DSC works to guarantee a future for all these and much more. An independent organization since 1982, DSC has become an international leader in conserving wildlife and wilderness lands, educating youth and the general public, and promoting and protecting the rights and interests of hunters worldwide. Get involved at www.biggame.org.