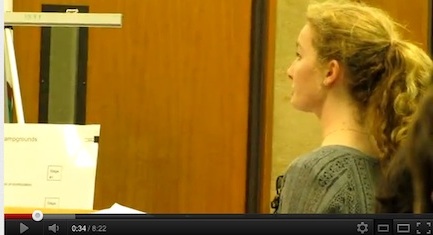 When Smith & Wesson teen shooter Molly Smith is not training or in competitions with her revolver, she remains an active student — educating herself and participating wholeheartedly in extracurricular school activities. Molly, a gifted writer and orator, recently argued for the Second Amendment in her school’s Mock Trial event. We think it is heartening to read that she and other students vigorously debated and considered the impact of the Second Amendment, while exercising their First Amendment right.