Running with a Gun

I’ve run since I was 14. At the time, the daughter of a friend told me I shouldn’t run alone – something bad could happen to me. She was only 6, but she already had gained an awareness of this reality: as a female, running down a country road poses danger. I never stopped running. I still run, down country roads, and on city streets. And I’m going to share how I have stayed safe while running for 31 years, which includes running with a gun.

Where are you going and who knows about it?

First, if you run alone, let someone know you’re going. If that means texting someone, do it! I mostly run alone because my running partners have longer strides and it messes up my pace. Honestly, as a mom, I just want alone time. I want to sit on the warm pavement and stretch in the sunshine without anyone telling me to hurry up. So if your run is your “me time,” let people know where “ME” is. Also, don’t run the same route at the same time. You know why. 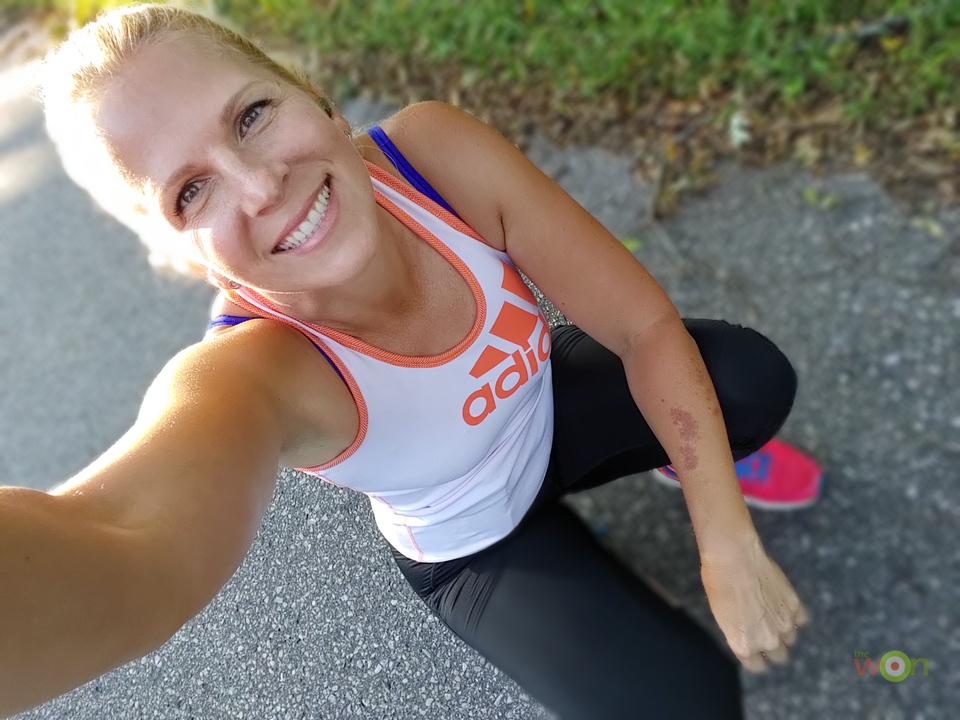 Why I run with a gun

The choice to run with a gun is an easy one for me. When I was 14, I ran with a knife. I didn’t have options. Now I carry a Ruger LCP, and it fits into my waistband, the zippered pocket of my running tights, the pockets on concealed-carry tights, and just about any place I want to put it. Other popular choices for guns while running are guns such as a Smith & Wesson M&P Shield, Glock 19, Springfield XD-S, Remington’s RM380. The gun you actually carry would be ideal, but if it’s too large, then train with a smaller caliber gun for this purpose.

Running with a gun and other stuff

Choosing a gun is only part of the process of running with a gun. You also need to decide how you are going to carry that gun. Will it be inside the waistband of regular running clothes, or in special concealed carry tights? Will it be in a holster, such as a belly band or inside-the-waistband model? A holster shirt? For every body type and running style, there are options. I like running tights from Alexo Athletica. Dene Adams also makes running tights, and there are many holster options for women that work with a typical running outfit of tights and a loose shirt. I also like my capris with a zipper pocket, because I don’t care if people can tell I have a gun; I run in the country and rarely see people. When it’s hot and I don’t want too much clothing, I can tuck my LCP into a sticky holster or pocket holster and then, into the waistband of fitted running shorts, just like I do with my phone. Our publisher likes the Pistol Wear PT-2 with bounce control and an extra pouch for a magazine. This holster can be worn either outside or inside-the- waistband and does not rely upon clothing for adherence. It offers a moisture barrier and is washable.

Think about how you will carry any extra magazines, pepper spray, noise devices, tasers, etc. 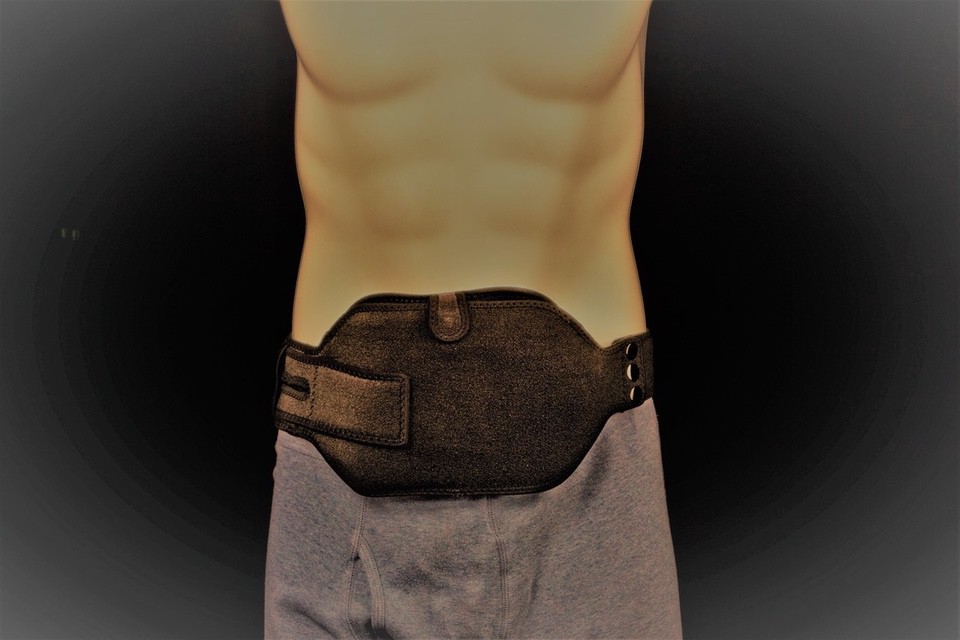 Practice your draw and how you would access your firearm when you’re hot and sweaty, out of breath and tired, because … drawing calmly while standing on the firing line at an indoor range is nothing like needing to draw a gun from concealment under duress. 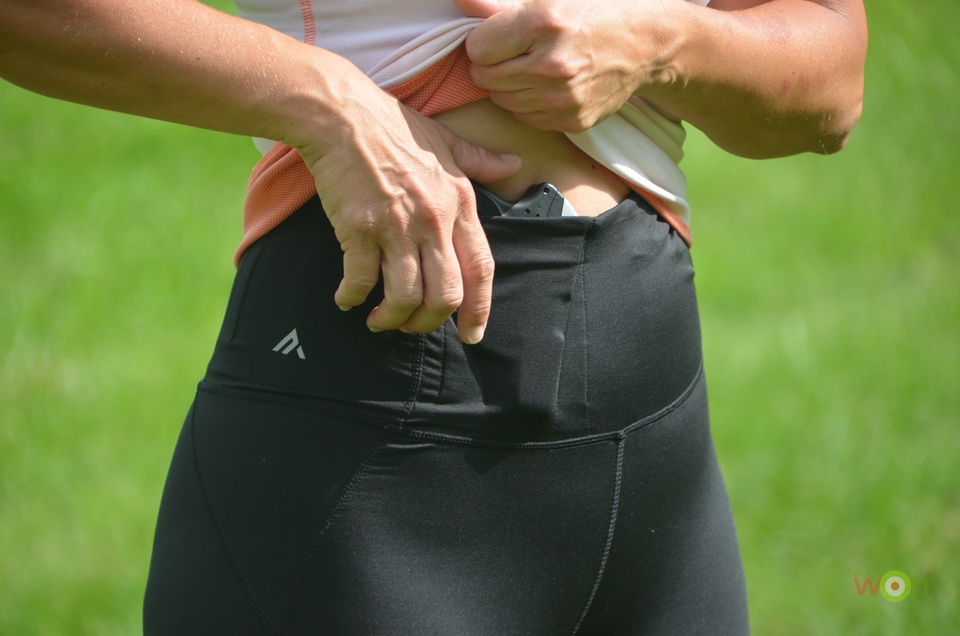 Not only should you practice shooting with your running gun, but also, you should practice while wearing your running clothes. Take a trip to the range and run sprints, then stop and shoot and get an idea of what it is like to shoot with an elevated heart rate. If your choice is pepper spray or a taser, practice with those, too. You can get inert pepper spray for practice.

Or, if you can’t get to the range or the range won’t allow this type of movement, make sure your gun is unloaded and you have no ammo around and practice outdoors somewhere safe, where you won’t draw attention to yourself. Get your heart rate up, create a scenario in your mind where someone is threatening you and draw from your holster. 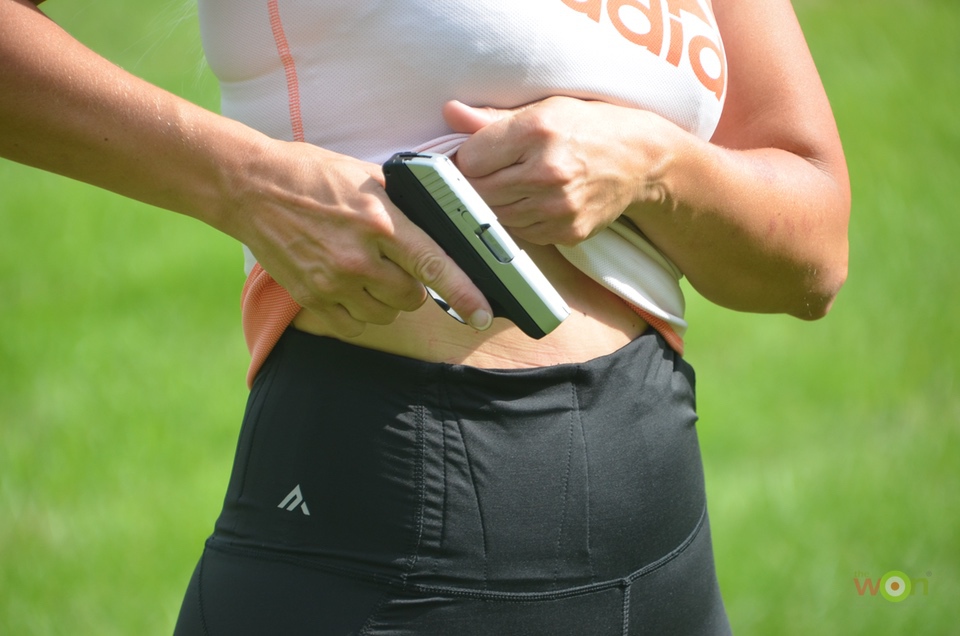 Being able to use your gun, if you were attacked, means that your conscious mind should not waste time remembering how to disengage the safety or align the sights. You need to train so that your manipulation and use of the gun is automatic. Your focus can be on the things happening around you and the gun-handling can be automatic, IF you practice. A concealed carry class is one way you can learn about methods to incorporate carrying a gun into your running routine, but a class specific to defensive shooting would be better. Concealed carry classes concentrate on your state’s laws, which are important for you to know before you even holster up.

A note about pepper spray – of some of the top-rated pepper sprays reviewed for runners, one contains a UV marker to help police identify attackers.

I used to run with my kids. And more than human aggressors, I worried about dogs. Once a Doberman broke out of his owner’s house and drew blood from our German shepherd, while my kids were in the jogging stroller. As a result, I changed my route and how I held the leash, but I also added pepper spray to what I took on my runs. We used to live 12 miles north of Mexico, and the neighbors warned me that javelinas would sometimes attack on the road I ran along, so I started carrying a pistol. Arming yourself isn’t just about muggers or worse, it can be about keeping your family and friends safe, too. 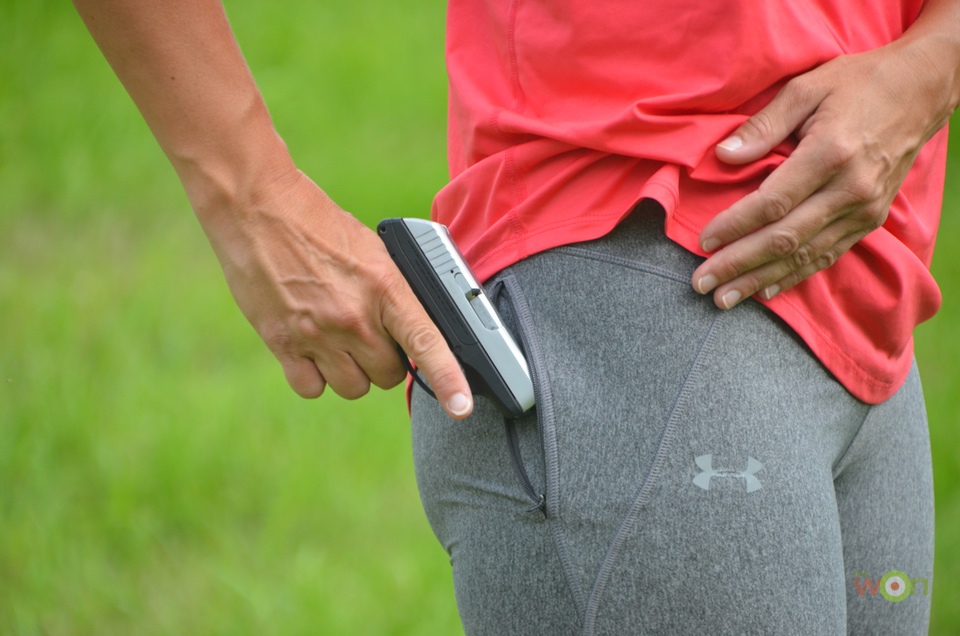 To tune or not to tune

I run with music. It motivates me. Before you judge, know that I use 1 wireless earpiece in my left ear so I can still hear cars and have a sense of my surroundings. I find that 2 earpieces leaves my senses impaired. I want to hear cars coming and what’s going on around me.

The reason I want to hear cars is because I always look at them and in particular, the driver. When I hear one coming, I evaluate it. I glance over my shoulder, if it’s behind me. As a car gets close and is about to pass me, I look again. Over the decades, I have had random people slow down behind me, and those are the times I wished I’d been armed. It’s always good to watch your 6. 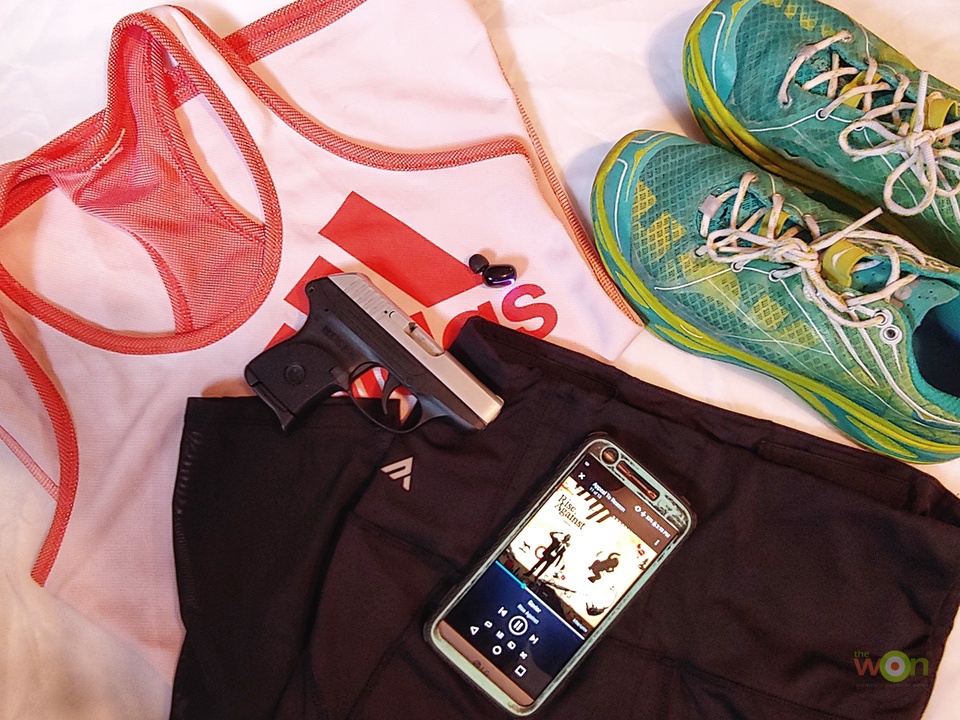 I’ve run in Urbino, Italy, outside of Moscow, Russia, and in Chateauroux, France. I’ve run in Washington, D.C., and other large cities around the US. The biggest tip is to be aware, stay visible, don’t go into sketchy neighborhoods and run with a friend. Arming yourself in a foreign country has its own set of logistical issues, so the best thing you can do is run with friend. In fact, runs in other countries with friends are some of my best travel memories.

In the end, what gets you out the door with your method of defense is the most important part of running with a gun. Having a way to defend yourself, and knowing you are ready to do so are more important than what brand of gun you carry or holster you wear it in. So find what fits YOU, plan for safety, practice and go running, knowing that you are equipped, educated and confident. It will show with every step.